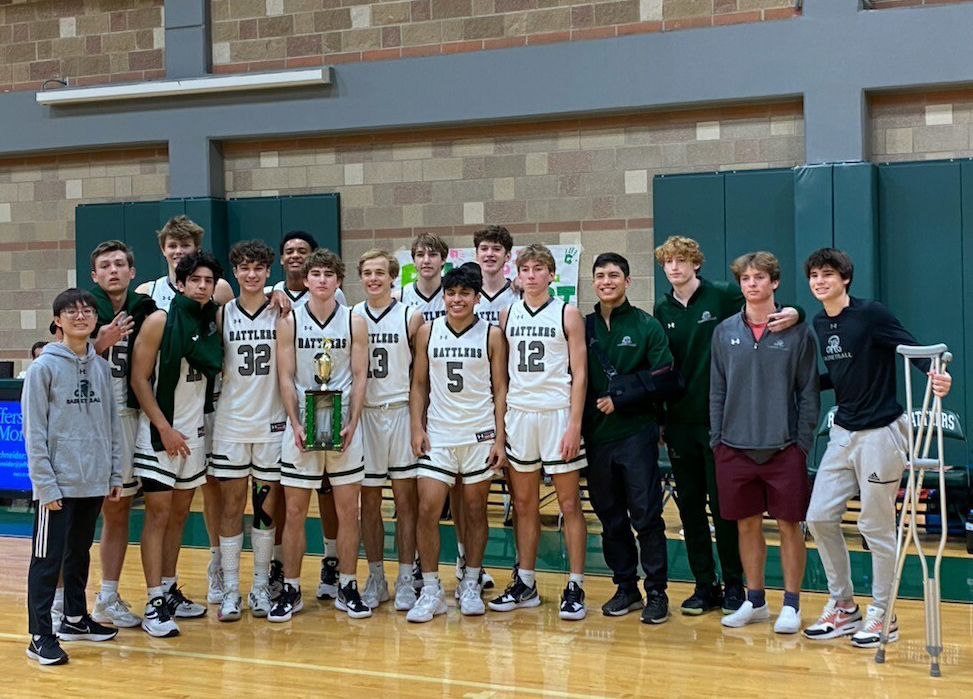 The Rattlers kicked off the Diamondbacker Invitational tournament in a tight match up against the Trinity Trojans on Friday, December 10. It was a hard fought battle until the very end. The Trojans pulled ahead in the final seconds to win 64-62, putting Reagan into the consolation bracket.

A convincing 78-45 win over Flour Bluff in the second round set the Rattlers up to face the Monterey Plainsmen in the bracket’s final game on Saturday afternoon. The boys played solid basketball to defeat the Plainsmen 65-45.

Congratulations to Senior Jorge Lopez and Sophomore Aiden Richard who received All Tournament honors for the Rattlers.

The team moves on to their second district game against MacArthur at 8pm this Friday, December 17 at Blossom Athletic Center.