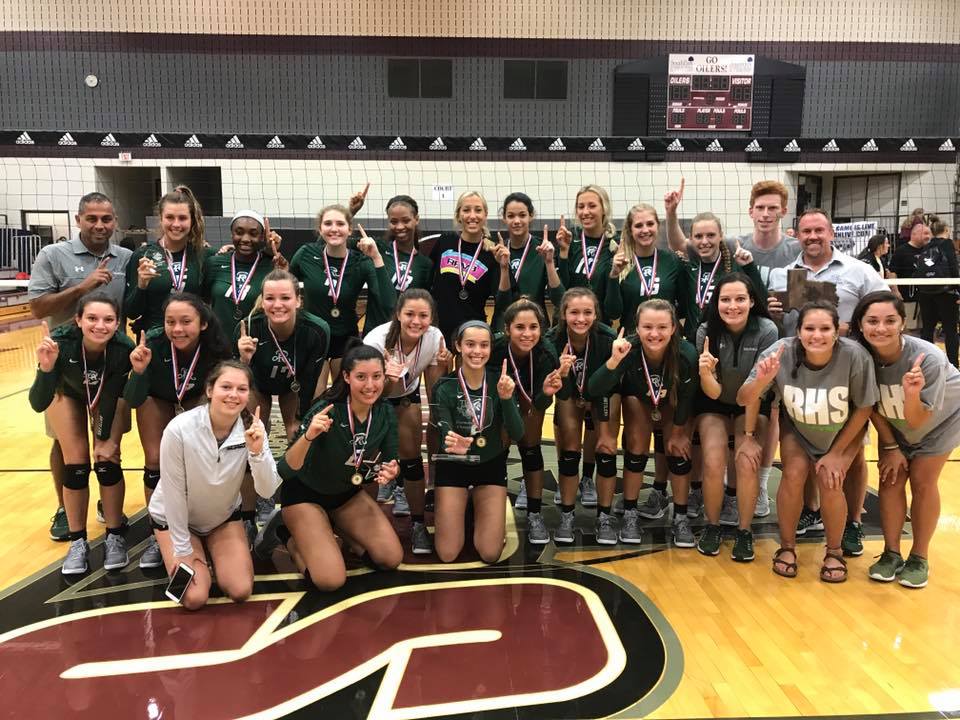 August 13, 2017 – Rattler Volleyball took the championship of the Adidas John Turner Volleyball Classic, the nation’s largest High School Tournament.  The Varsity team defeated Lewisville Hebron, 25-22, 25-21, in the final match. The competitor, Hebron, currently is the defending state volleyball champion, winning State not only in 2016, but also in 2015, 2010, and 2004.

Over the 3 day tournament, the Rattlers won 2-0 against Houston Christian, Lutheran South, Flower Mound, Brandeis, New Braunfels, and Rouse. East Plano was the only team the Rattlers dropped a set to, winning 2-1.

In addition to the team’s outstanding performance, several Rattlers were named to the All Tournament Team:

Congratulations to Coach Carter and the Rattlers for an impressive start to the season! #RattlerPride