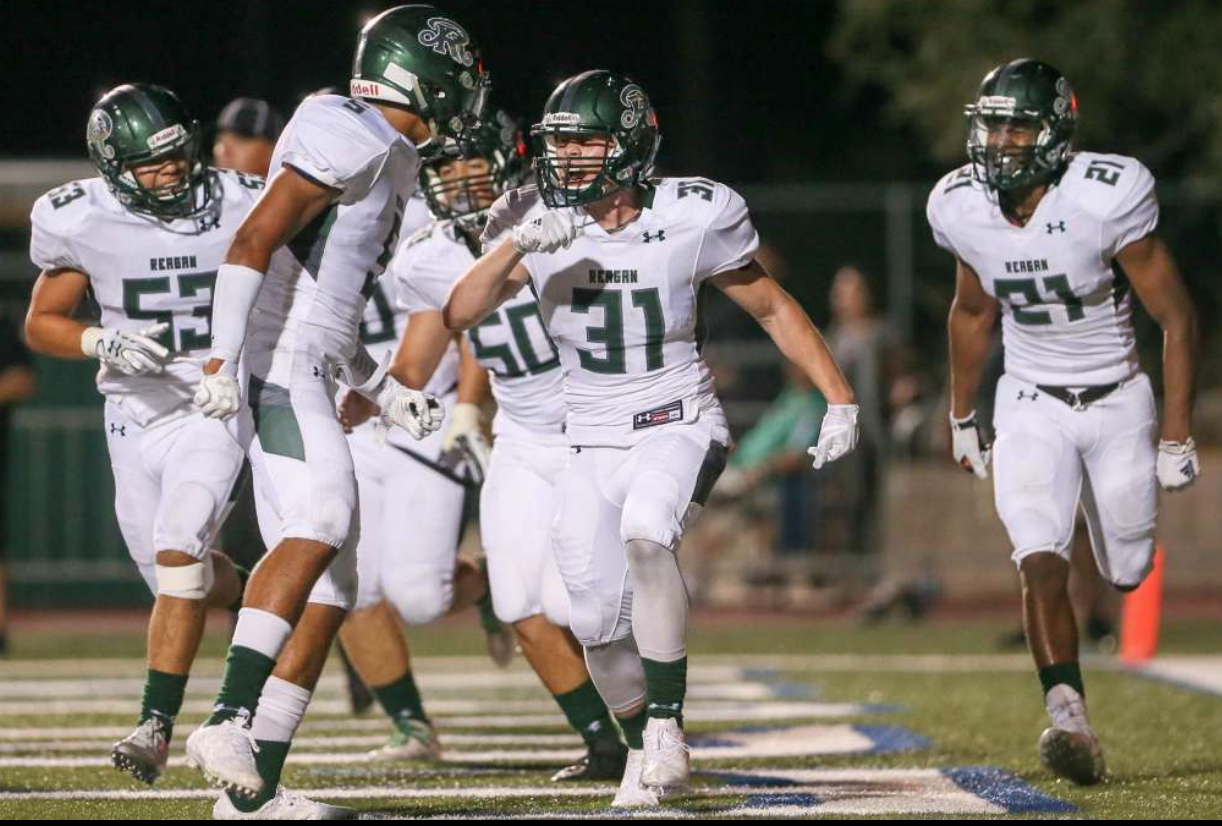 Reagan’s John Carrington rushed for 201 yards and two touchdowns as the No. 7 Rattlers rallied to defeat No. 6 Brennan 34-27 Saturday before 4,746 at Farris Stadium.
Carrington, a 185-pound junior, scored on runs of 16 and 54 yards, the latter coming with 3:44 left in the third quarter and being the game-winner.
In winning Reagan’s first game under new coach Lyndon Hamilton, who previously was the defensive coordinator before being promoted to take over for David Wetzel, who left for a coaching job at Baylor, the Rattlers 20-6 after falling behind early.
The turning point came during a 17½-minute span overlapping the second and third quarters in which Reagan sandwiched two touchdown passes from quarterback Cade Cogburn and the first of two field goals from Steve Opella around Carrington’s TDs.
Cogburn connected with Reggie Wilson on a 70-yard TD pass and with Drew Ureste on a 24-yard scoring toss.
The Rattlers’ defense, which spent a good chunk of the first half trying to defend Brennan’s rushing attack led by Oklahoma State commit Jahmyl Jeter, who had 201 yards and a score.

Reagan’s defense, though, came up big in the second half with two interceptions and a fumble with 22 seconds left to secure the win. Spencer Gilliam and Forrest Johns had the interceptions, which the Rattlers converted into scores, while J.T. Mulligan recovered the game-clinching fumble near midfield.
The first half featured teams with contrasting approaches.
Brennan rode a grind-it-out rushing attack to an early 21-17 advantage. The Bears had scoring drives of 13 and eight plays.
Reagan, which improved to 2-0 against Bears – it won last year’s contest 13-10 – countered with a quick-striking attack.
The Rattlers had scoring drives of 34 seconds, 51 seconds and 2:20 in the opening 24 minutes, the last drive resulting in Opella’s 26-yard field with 9 seconds remaining before halftime, pulling Reagan within 21-17 despite only running 16 plays compared to Brennan’s 31.