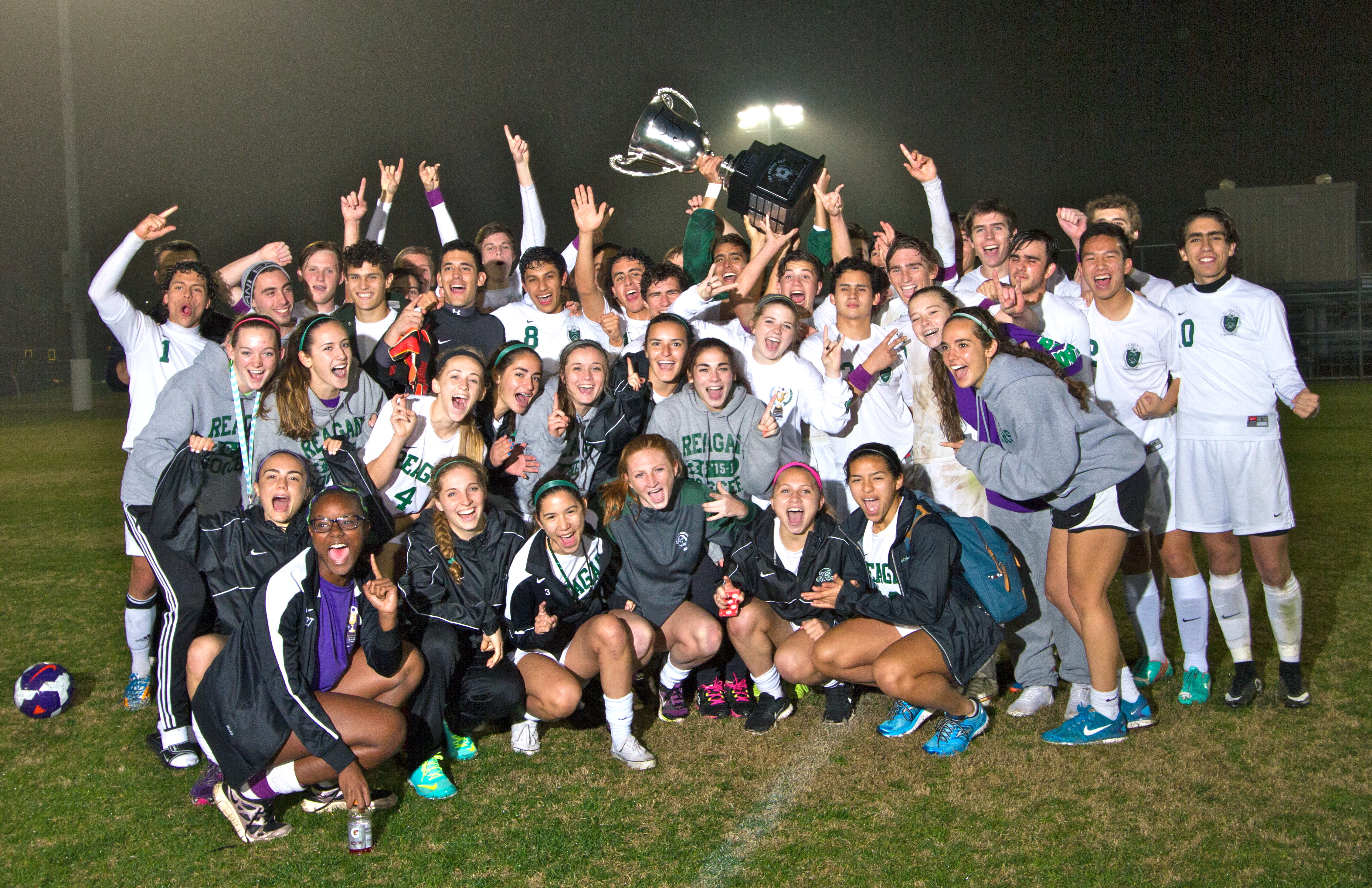 The 6th Annual Fincke Cup soccer match was held on Tuesday, March 3rd at Blossom Athletic Center. The spirit of the match feeds the rivalry between the top-notch soccer teams but all for a good cause, the scholarship foundation in memory of Ian Fincke. Ian’s passion for soccer and his love for both schools is the inspiration behind the event. This annual intense double header opened with the girls’ varsity match between Johnson and Reagan High School, in which the Reagan girls defeated the Johnson girls 6-2. Later that evening the Reagan boys bested the Johnson boys by a score of 2-0. With the aggregate score for the night ending with RHS 8 and JHS 2 the Reagan Rattlers took home the coveted Fincke Cup trophy and bragging rights for this year. Sportsmanship scholarships were voted on by each team and awarded to Sarah Grace Freeman and Derek Burris.

For more information about Ian’s Foundation and the Fincke Cup visit www.IansFoundation.org