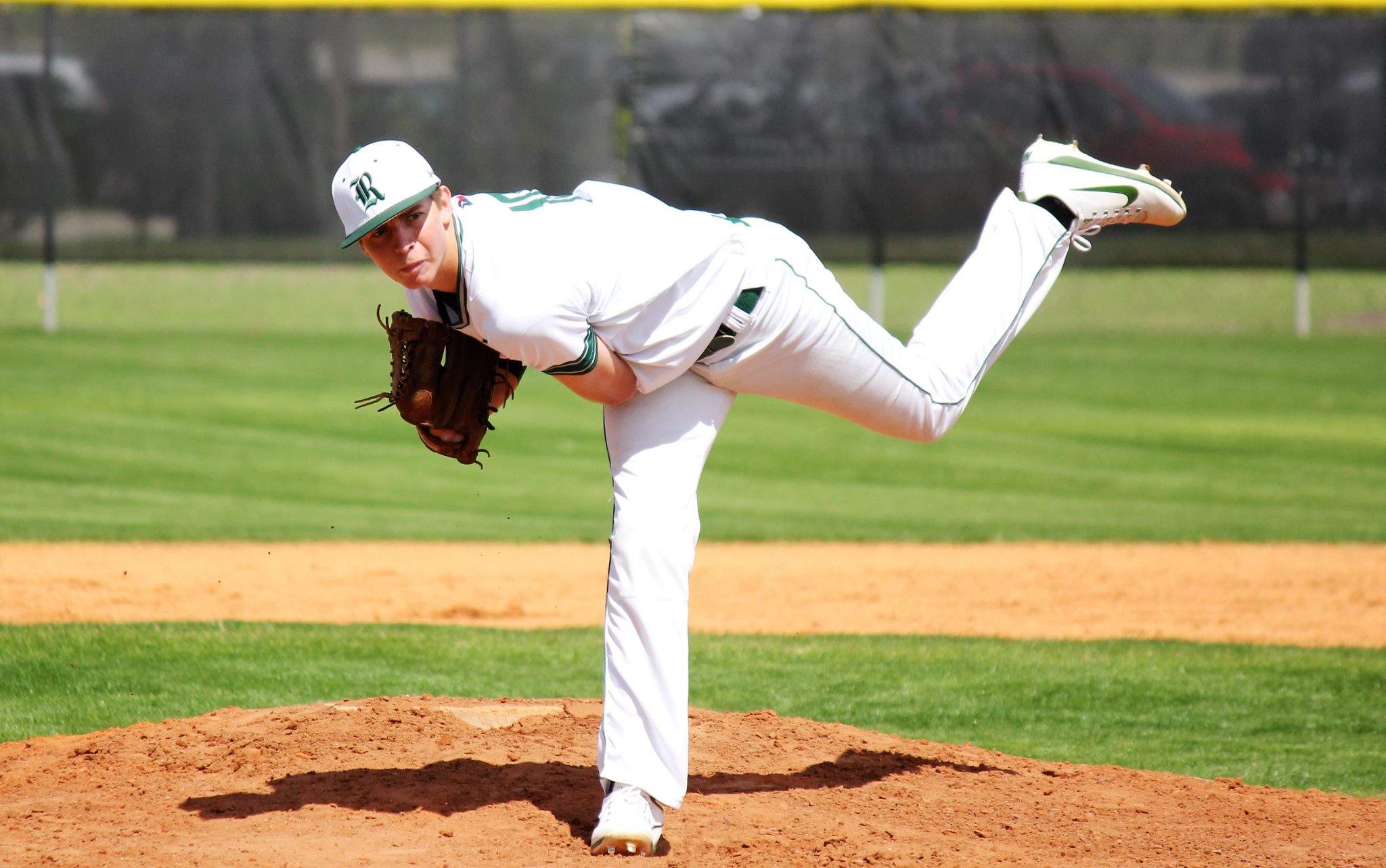 May 2, 2018 – Reagan got off to a hot start and behind solid pitching with some great defense left Austin Wednesday night with a 6-1 victory.  The win gave Reagan a 1-0 lead over Vandegrift in their best of three series.

Seth Morrow got things started with a lead-off double and scored 3 pitches later on a double by Porter Brown.  After Hilton Brown and Josh Killeen were hit by a pitch, the bases were loaded for Ben Sanchez, who drove in the second run of the inning on a Sac Fly.  A wild pitch moved Killeen and Brown to second and third, then with a full count, junior catcher Alec Caven singled to left driving in 2 more runs.  The Rattlers had a 4-0 lead before the home half of the first inning.

Senior lefty Cal Carver, who’s grandparents arrived from Nebraska 5 hours before game time to see him pitch for Reagan for their first time, got to see him collect his 7th win of the season. Carver threw a complete game, allowing only 4 hits and one run, he struck out 6 batters while walking none.  The defense was up to the task in the middle with Dalton Brieger and Josh Killeen making the most of their chances by recording 6 of the first 9 outs as Carver cruised…throwing only 34 pitches in the first 3 innings.

Junior Cal Martin hit a solo homerun in the second on the first pitch he saw giving Reagan a 5-0 lead.  In the 4th, Porter hit his second double of the night which was followed by a Hilton Brown single.  With two on, Josh Killeen delivered an RBI ground out scoring Porter and building the lead to 6-0.

Vandegrift started to get something going in the 6th with a couple singles and scoring their first run of the night.  Then with one on and one out, Ben Sanchez put a stop to any plans the Vipers had of continuing the rally.  On a ball hit deep to right center, Sanchez laid out and made a diving catch, which kept the runner at first and stopped anymore runs from scoring.  Two pitches later, a Killeen-Brieger putout ended the inning.

Game two is scheduled for Friday night at 7:00 @ Blossom.  Get out to the game, wear green, and be loud!