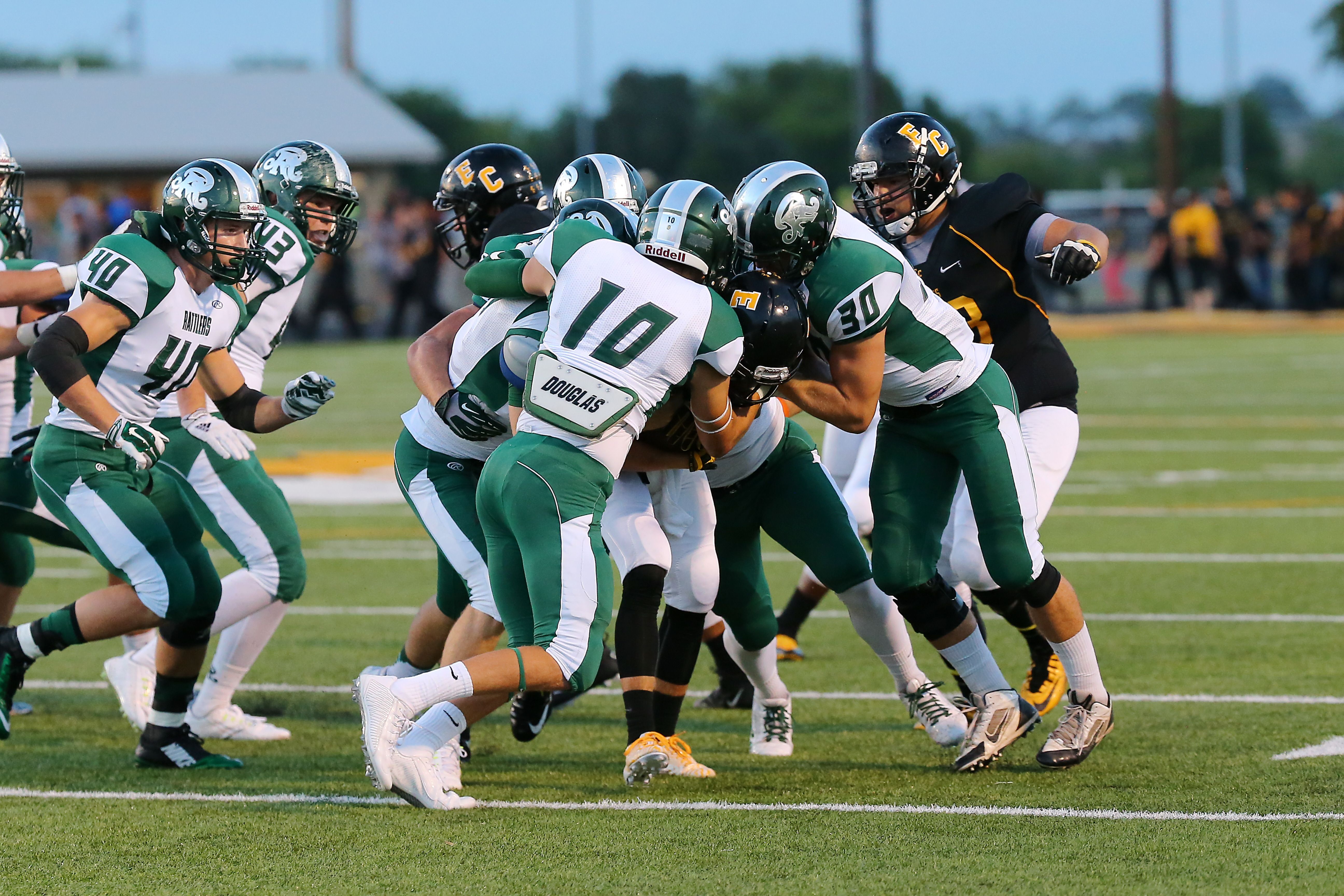 The Rattlers (3-1)  were ready to close out non-district play Friday night as they traveled to East Central for a tough battle against the swarming Hornets (1 -3). Reagan had never played East Central and were preparing to go into a rowdy home stand to secure their third victory of this season. The defense came out first stopping East Central quickly on their first drive giving the offense the ball who took little time with Kellen Mond (Soph.) connecting with Conner Heffron (Junior) on an 85 yard score. Mond had touchdown tosses to 3 receivers total, with Luke Mitchum (Senior) and Cade Bormet (Soph.) continuing their success in the passing offense. Skyler Wetzel (Junior) also had another solid performance on the ground with 8 carries on 72 yards and a touchdown.

The Defense showed supreme dominance this week against the Hornets offense with 9 total sacks and 1 interception. Corner back Vince Hunter (Junior) had the pick for Reagan close to the goal line to stop East Central from scoring while Kyle Anderson (Soph.) had 3 sacks and 4 tackles for loss. The Defense grounded the Hornets to just 240 yards of total offense while shutting out their opponents every opening half the last three games.

Special teams were also outstanding this game with Christian English (Senior) causing a fumble on a kickoff that was recovered, while Alex Webb (Senior) pinned the Hornets deep all night and chipped in a field goal.

The Rattlers start District 26-6A play this week against the Roosevelt Roughriders this Friday, September 26th at Heroes Stadium with kickoff set for 7:30 PM. The Pride of Stone Oak Rattlers would like to thank the amazing fans for your continued support and would also to say a special thanks to everyone who contributes in some way to make the program be truly successful. We look forward to seeing you at the game and Go Rattlers!!