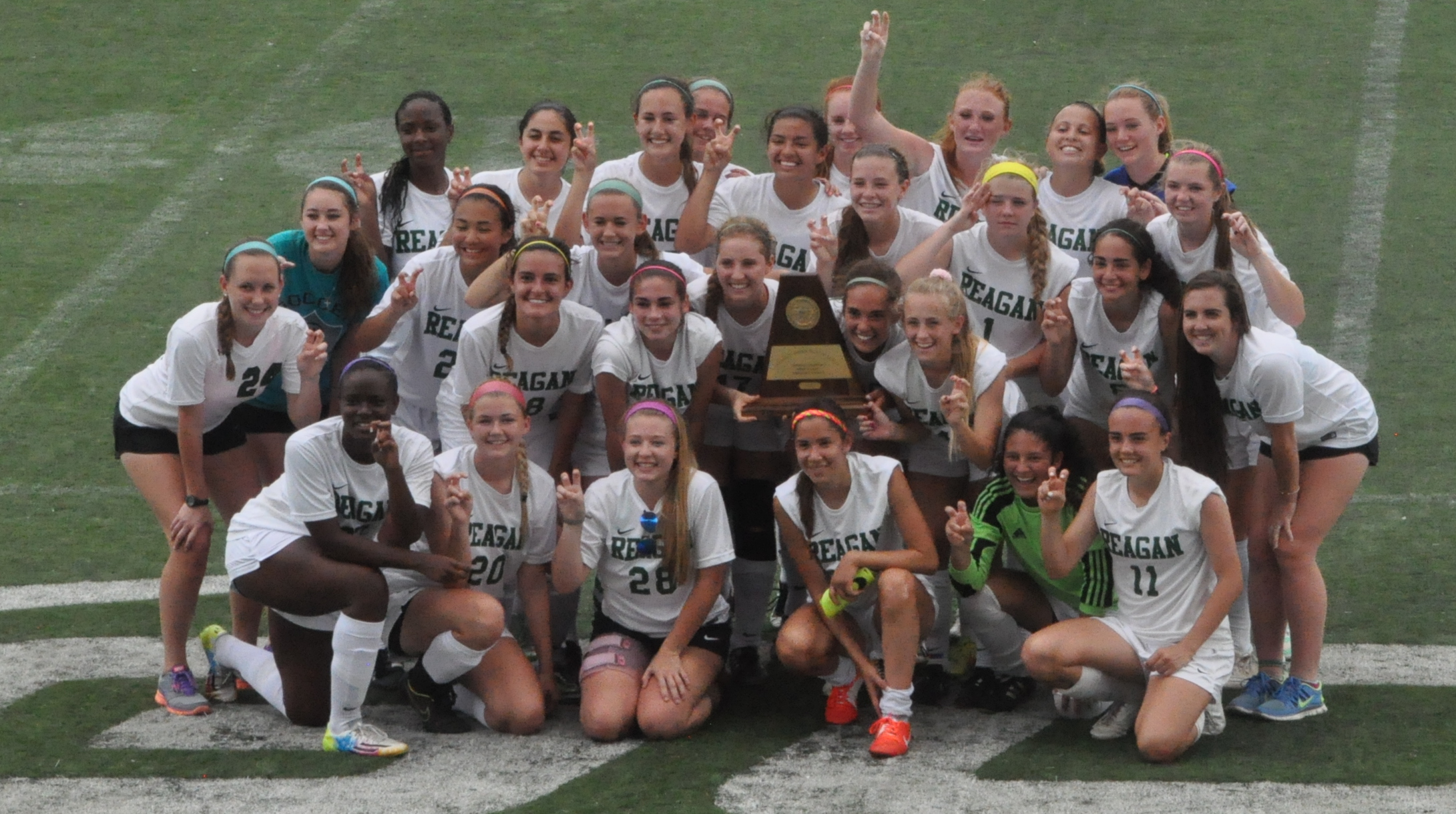 Sophia Acevedo knows the Reagan girls soccer team is expected to make it to the UIL state soccer tournament seemingly on an annual basis. It doesn’t matter how many players graduated from the previous season, or how many players have been injured, Acevedo, a senior forward, is aware the Rattlers have a state-or-bust standard.

But it doesn’t mean you can’t celebrate even when you’ve accomplished something that was expected.

The Rattlers (21-2-2) earned their fifth trip to the Class 6A state tournament, including the second in as many seasons, by rallying to defeat Los Fresnos 2-1 in the Region IV-6A final on Saturday in Brownsville.

Reagan plays Coppell (26-0-3) — the nation’s No. 1-ranked team — at 9:30 a.m. Friday at Birkelbach Field in Georgetown. This will be the second time the teams will face off in the state tournament. In 2009, Coppell edged Reagan 1-0 in overtime in the state semis en route to the title. The Rattlers were ranked No. 1 in the nation at the time.

“Coming into the year, the pressure was on because people were expecting it more,” Acevedo said Saturday after Reagan secured back-to-back trips to the state tournament for the first time. “I think that helped us, though, to actually get there (in 2014). This team, it stays focused and works hard, and everybody really wanted it this year.”

The motivation to return to Georgetown was a byproduct of the Rattlers’ last appearance at the Final Four — a 3-0 loss to Plano West in the state semis.

Reagan is one of two area teams in the state tournament. Boerne (23-3) takes on Kennedale at 11 a.m. Wednesday in the 4A state semifinals.

Like Reagan, Boerne was expected to make it to state. The Greyhounds rallied to defeat Salado 4-2 in the IV-4A final. Emily Blaettner scored two goals, and Tayler Drake and Presley Klar scored as Boerne scored four unanswered goals after an early 1-0 deficit.