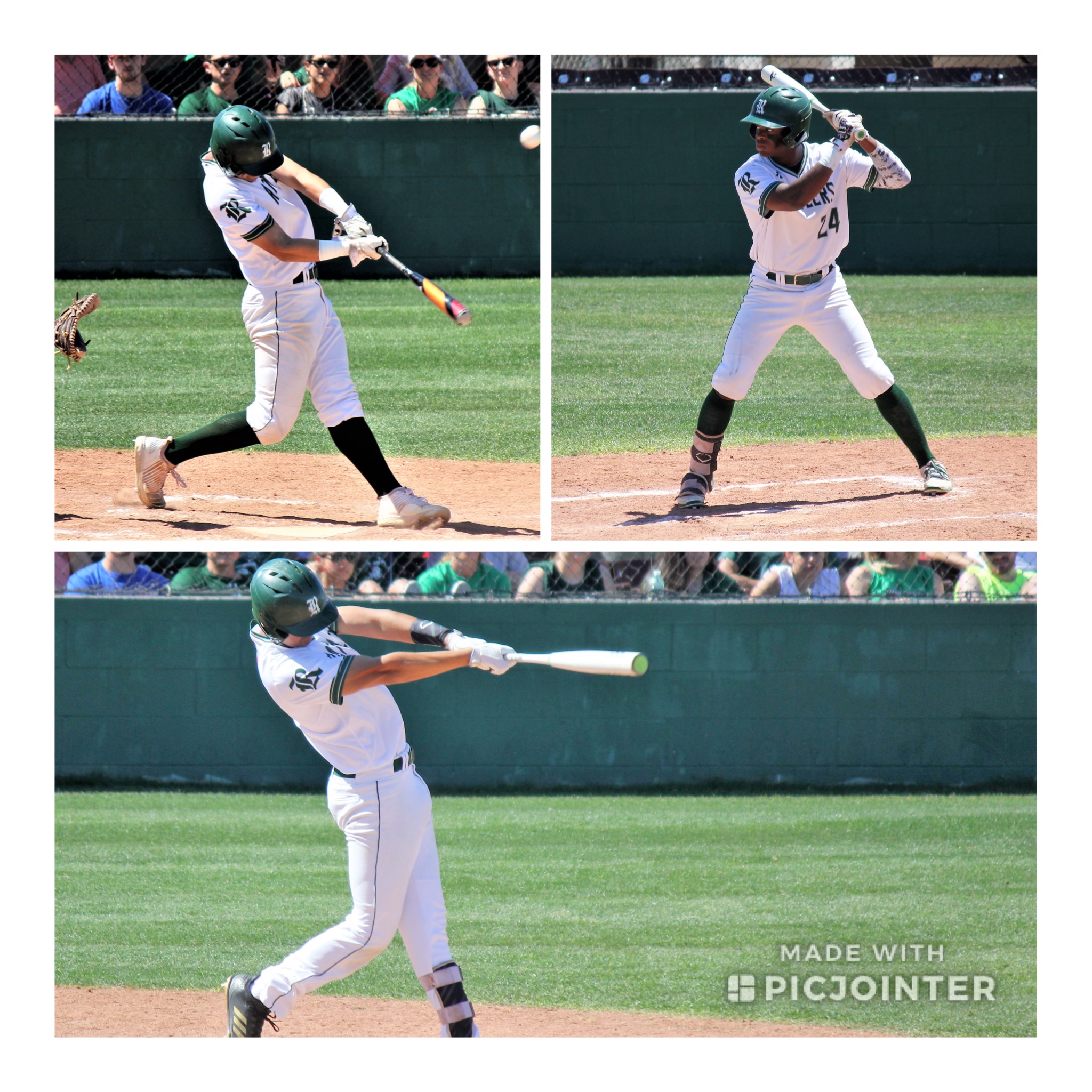 Saturday May 5, 2018 – Three days after Reagan displayed great defense and pitching in game one, they added the power game Saturday to sweep Austin Vandegrift in the Bi-District round of the State Playoffs.

Reagan got on the board early when Josh Killeen singled with two outs to score Porter Brown from second in the 1st.  Vandegrift tied the game and it remained 1-1 until the bottom of the third inning and that’s when the fireworks began.  Hilton Brown lead off the inning when he deposited a 3-2 pitch over the fence in right field.  Two batters later, Cal Martin hit his second home run in as many games when he crushed the second pitch he saw over the fence in right center.

One inning later, the Rattlers sent nine batters to the plate and put the game out of reach.  Seth Morrow was hit by a pitch then Porter Brown doubled.  Hilton Brown followed that with a double of his own scoring both Seth and Porter.  After a walk and Viper error, the bases were loaded for Alec Caven who came up clutch again with a two out, two RBI single to right field putting Reagan up 7-1. In the 5th inning, Porter Brown hit Reagan’s third home run of the day with a solo shot to right.  Reagan ended the day with 11 hits total, 5 for extra bases.

Senior Josh Buske was solid on the mound, picking up his 5th win of the year going 6 innings.  Josh gave up 3 runs on 4 hits and had it on cruise control all afternoon.  Seth Morrow and Cal Carver finished off the 7th as Cal Carver picked up his first career save.  The defense was lead by senior shortstop Dalton Brieger, who was perfect on his 5 chances and started a beautiful 6-4-3 double play to erase a lead off base runner for Vandegrift in the 6th inning.  The outfield, patrolled by Porter, Seth, Ben Sanchez, and Zane Raba fielded 7 balls total and were also perfect on all their chances.

Reagan will continue it’s playoffs with one game Friday night at Blossom against Clark.  First pitch is at 7:30…get to the game early, WEAR GREEN. & BE LOUD!!!