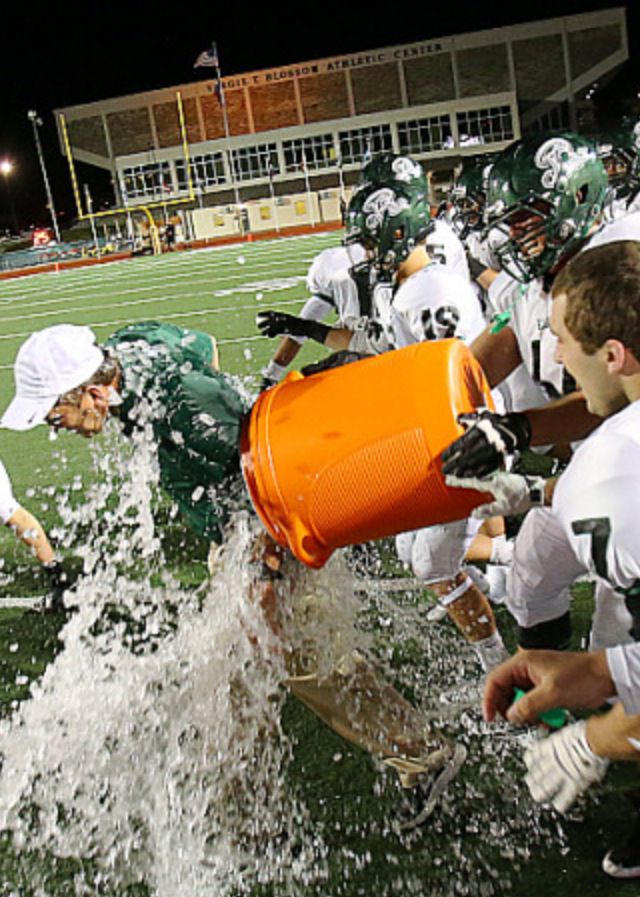 On the first night that actually felt like true football weather in Texas, the Rattlers suited up and took the field at Comalander Stadium looking to keep their perfect record and District 26-5A Championship goals alive. This night would prove to be a slug fest between the Rattlers and the tough hard-nosed Churchill Chargers. One thing that neither team knew was the night Senior Quarterback Ty Summers would unveil and show the crowd that would cement him as one of San Antonio’s best players. With Churchill scoring on their opening drive, it looked once again that the Rattlers had a bull’s-eye once again on their back. Game after game, the Green and White have received the best of their opponent and tonight would prove to be no different. Responding to the Chargers scoring drive, the Rattlers once again proved it has an explosive offense moving the ball down the field and capping off the drive with the first of Summer’s rushing touchdowns. The ground game proved to be staple of the Rattler’s offense this year and tonight showcased that effort once again with two one hundred yard rushers, Senior Luke Wilson with 22 carries for 100 yards and Summers with 288 punishing yards and an astonishing SEVEN touchdowns on the ground. If Summers were a fantasy quarterback, many owners would be blown away by the value of Friday night’s performance. On the year Summers has amassed 1421 yards rushing on 147 attempts with almost 10 yards per carry. He has a 26 5-A best 26 rushing touchdowns for the year. To not make his game one dimensional Summers has showcased his arm with 1591 yards passing for the year with 12 touchdowns for the year. The senior commit to Rice University has compiled a mind boggling 38 total touchdowns and over 3000 yards of total offense for the year through nine games.
To accompany this feat, senior receiver Kash Knutson also had another 100 yard receiving effort with 8 receptions for 126 yards through the air. He now has a total of 43 receptions and 908 yards receiving with 11 touchdowns ranking among the tops in District 26-5A.
The tenacious Defense had a bend but don’t break mentality that fought hard against the tough Charger offense causing a turnover to put the Rattlers on track to maintain and keep the lead in the game. Field position played a huge part of the game and Senior Nick Hardy and Junior Garrett Stauss led the Green Machine to some hard hitting tackles and tough stops to put the team in great position all night.
With this amazing all-around effort the Rattlers clinched the 26-5A District Championship and improved their record to 9-0 overall and 5-0 in district play. The District Championship was a goal all season and earning this award is a true testament to all of the hard work and sacrifices made by all of the players, coaches and support staff of the team. We would like to reach out and thank everyone for their support all year long and look forward to closing out the regular season Friday, November 8th against the Roosevelt Roughriders at Heroes Stadium at 7:30 PM. Strike em’ Rattlers!