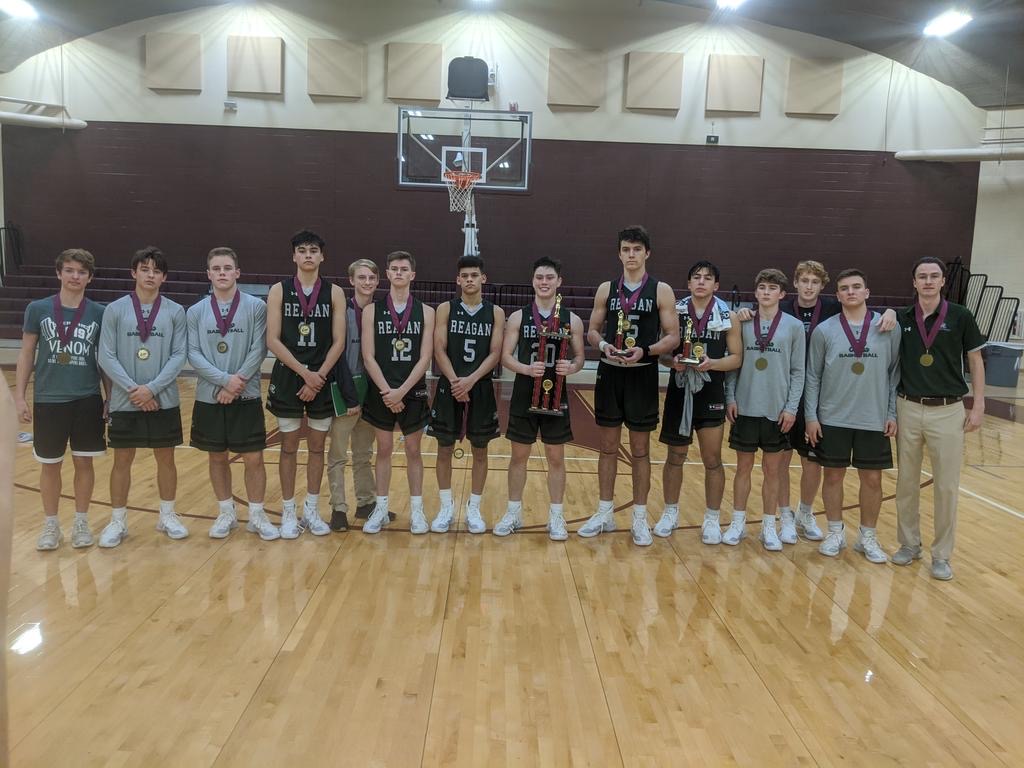 Reagan Basketball traveled to Los Fresnos this weekend and competed in the Tournament of Champions. The Rattlers went 2-1 on the weekend, finishing 2nd in the Championship game to the Los Fresnos Falcons. Reagan had a bye in the first round and on Friday in the Quarterfinals, Reagan beat Edinburg Vela 63-48. Saturday started early with a Semifinal matchup with Euless Trinity out of Dallas and the Rattlers won a tough matchup 57-52. This win moved the Rattlers into the Championship Game at 5pm against Los Fresnos, where they were defeated 55-45. The Rattlers fought hard , but came up just short of winning the championship. Will Carsten and Julien Mire were awarded All-Tournament Honors following the game.

As part of the Tournament, there was also a 3 point and Dunk contest on Friday afternoon. Ryan Gibbs was on fire from downtown and finished 2nd out of 8 contestants, while Will Carsten threw down some powerful flushes and finished 4th out of 10 participants. Both guys represented Reagan well and provided a great showing.

The Rattlers next game is Tuesday December 10th against Lanier at Lanier High School at 6:30pm. #StrikeEm