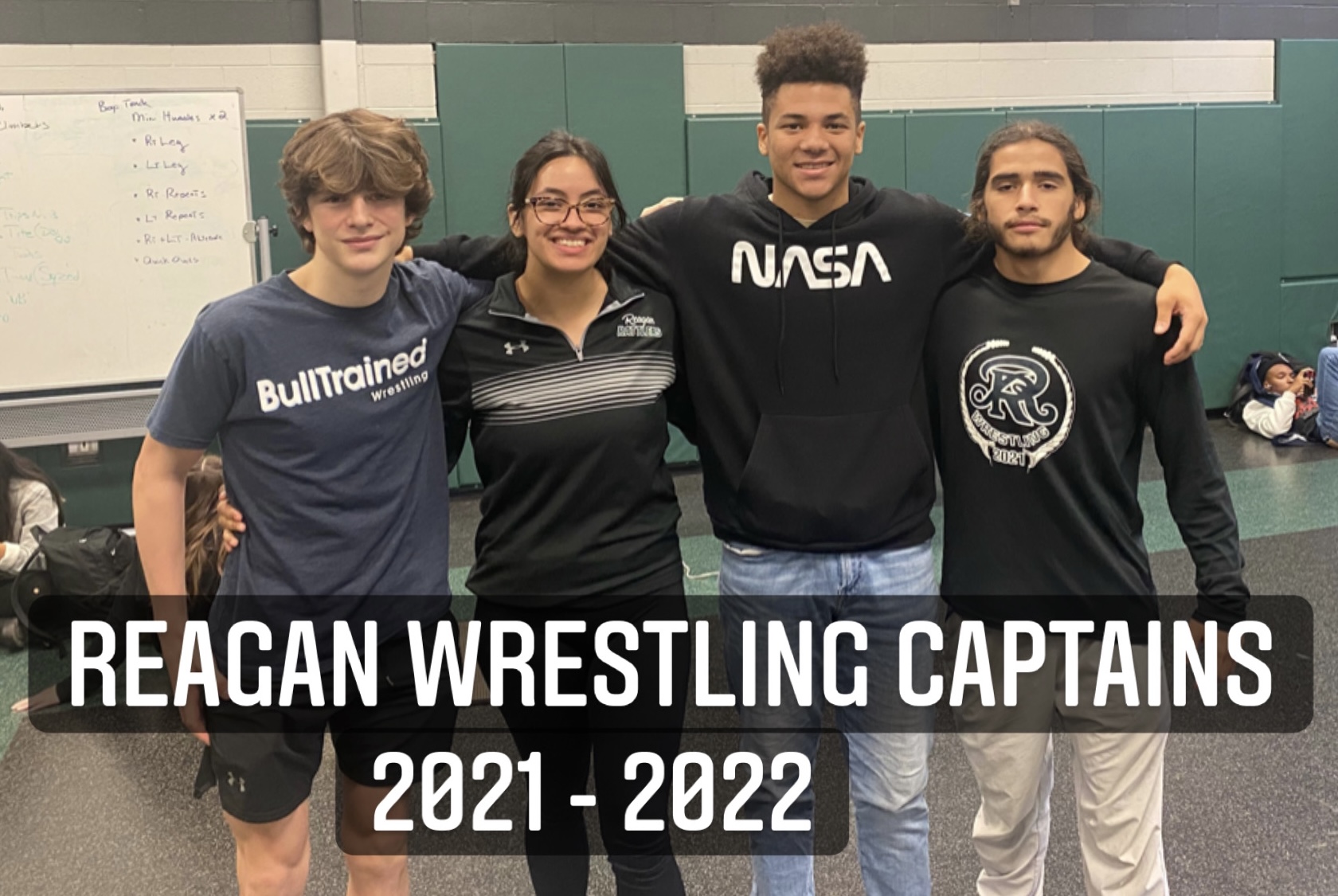 Today and tomorrow Reagan Wrestlers will officially begin their season at the Charger Classic at Churchill High School. JV will compete tonight starting at 4:00pm, and Varsity will hit the mats tomorrow, November 20th, at 8:00am. This marks a return to regular season tournament format which was cancelled last year due to COVID. “Getting robbed of a real season last year was horrible, so moving into this year I am excited to see what our team can do at tournaments,” said Junior Captain Jimmy Benne, “we have been working hard and will definitely show out.”

Head Coach Paul Miller is also excited to see what the team can do as Reagan Wrestling has grown. “We have a great mix of new faces and old faces – whether they are experienced or inexperienced, our wrestlers have been working hard and improving every week,” Coach Miller said.  Junior Captain Paris Gonzalez is looking forward to watching everyone on the team hit their goals. “I am excited to see the team’s and individual’s improvement from the first day of practice to the first tournament to the end of the season,” said Gonzalez, “it is fulfilling to watch everyone’s progress and everyone’s achievements.”

The Charger Classic is just the beginning for your Rattlers who have 11 Head-to-Head Dual matches and 10 Tournaments scheduled leading up to the February 18, 2022 State Tournament – lots of work to be done!