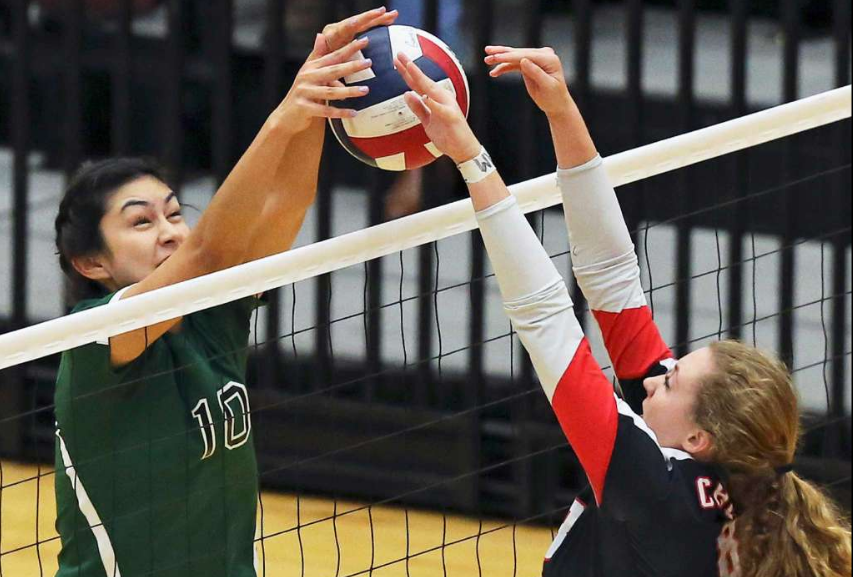 Next, the Rattlers defeated Churchill 25-14, 25-18, 25-23 on September 13th. Match highlights included 18 kills by Ennis; 17 set assists by Setter, Larissa Correa; 2 assists and 18 digs by Niebla; and 2 blocks each for DeLaRosa, Ennis, and Middle, Caroline Griffith. The San Antonio Express News highlighted the match and strong performances by both teams.  Click here for original article by Terrence Thomas, No. 2 Rattlers sweep the Chargers and additional photos by Tom Reel, San Antonio Express News.

All other levels of Rattler Volleyball are also dominating the competition with undefeated records of JV 8-0, Freshman A 10-0 , and Freshman B 6-0.

The Rattlers face the Johnson Jaguars on Friday, September 23 with Varsity at 5:00 p.m. at Littleton Gym.  Click here for JV and Freshman times and location. Make plans to be there to cheer on the Rattlers to another victory!