GEORGETOWN, TX- The Reagan Rattlers and Smithson Valley Rangers inaugurated The Town & Country Showdown here on Friday, December 1 and Saturday, December 2. Each school brought 12 players to the match, six girls and six boys. The event was organized into 12 matches per day in stroke-play. If a player wins his/her match, a point is awarded to the school. In the case of a tie, each school wins 1/2 point. Reagan won the event with a final tally of 16 1/2 points. Congratulations to the Rattler golf team! 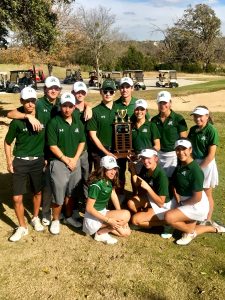