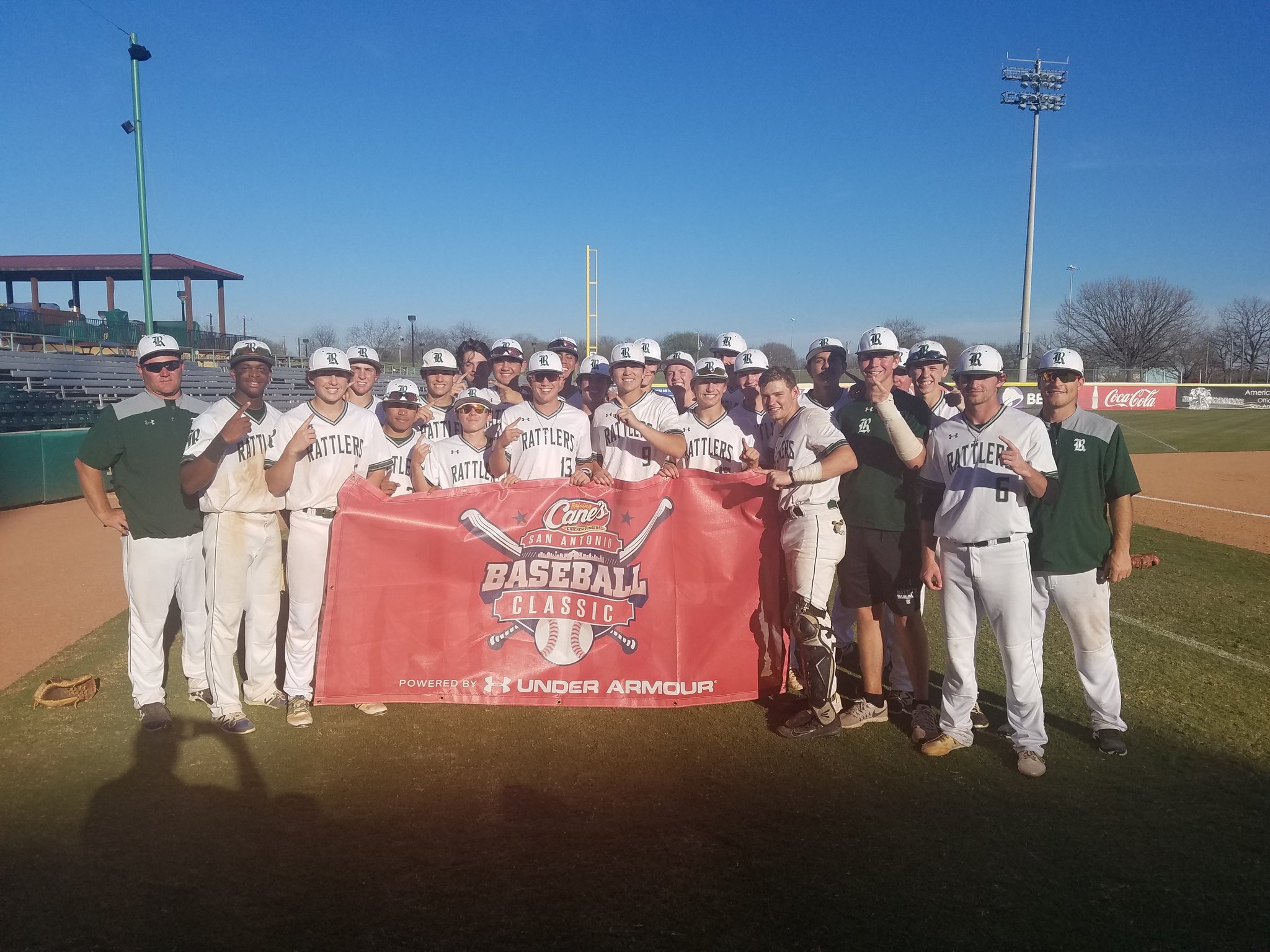 The Rattlers went 6-0 over the weekend, out scoring their opponents 40-9 to win the Raising Cane’s San Antonio Classic.

Josh Killeen ended the semifinal against a tough Smithson Valley club with a walkoff sac fly scoring Porter Brown to win the game 3-2. Josh Buske was fantastic on the mound, throwing a complete game. Buske only gave up 2 runs on 3 hits with 3 strikeouts. Trailing 2-0 in the bottom of the 6th, Hilton Brown lead off the inning with a solo home run. Four batters later, Dalton Brieger tied the game 2-2 with a sac fly setting the stage for Killeen’s 7th inning heroics.

Reagan faced a very good Boerne Champion team in the final and took an early 4-0 lead. Boerne Champion answered with 5 runs in the 5th to go ahead 5-4. In the bottom of the 6th, Hilton Brown doubled on a 3-2 pitch that scored Zane Raba and Porter Brown to give Reagan a 6-5 lead they would not relinquish. Hilton then finished the game on the mound getting the last 3 outs. On top of the game winning RBI, Hilton picked up the win throwing 3 innings of relief giving Reagan the championship and younger brother Houston, Reagan’s bat boy, a great birthday present!!