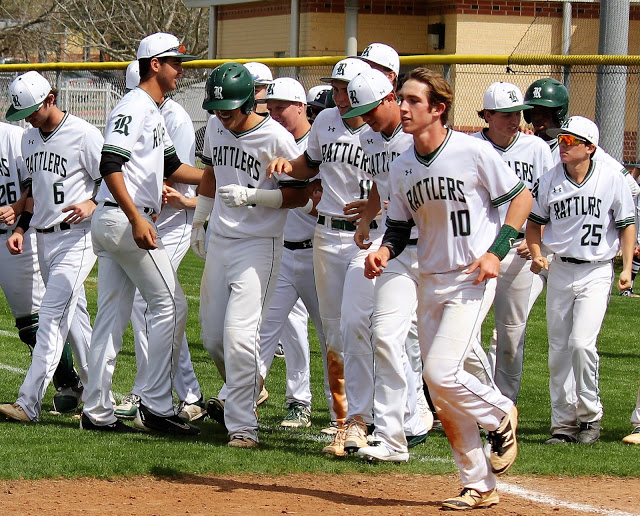 After finishing the week 7-0, the Rattler Baseball team was named runner-up for the GameGrade 6A Team of the Week award presented by Texas High School Baseball.

Reagan started district play Monday night with a 5-2 victory over MacArthur.  They finished the week by going 6-0 and winning the Raising Cane’s San Antonio Classic with victories over Boerne, Houston Lamar, El Paso Franklin and East Central in pool play.

After falling behind 2-0, Reagan won the semi-final 3-2 with a walk-off sac fly over Smithson Valley.   In another come from behind victory later in the day over Boerne Champion,  the Rattlers won the championship game 6-5.

Congrats to the baseball team!