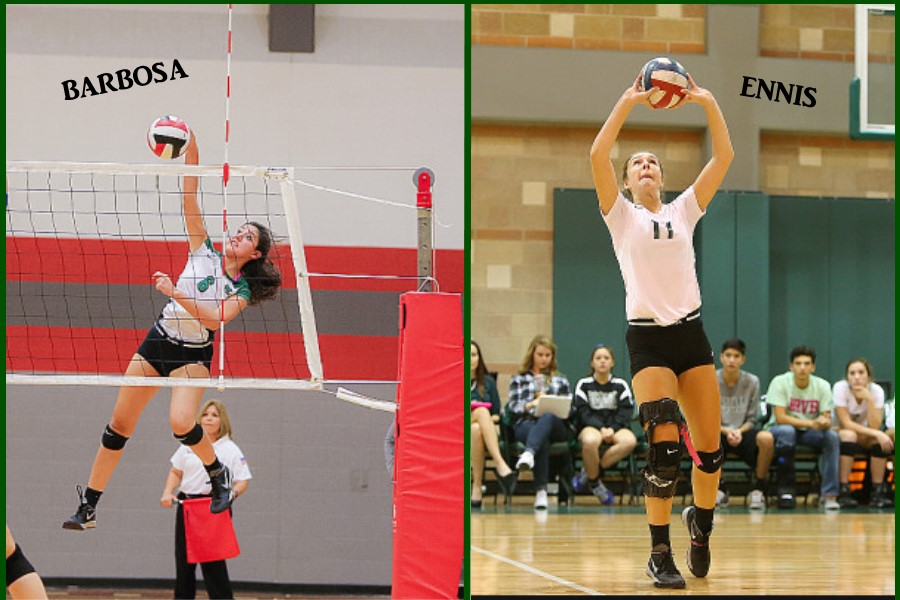 Both these Juniors have played Varsity Volleyball since Freshman year at Reagan. Elissa Barbosa is a 5’10” Outside Hitter and Camryn Ennis is a 6’0″ Setter/Outside Hitter.

Congratulations to these fine athletes on this commendable recognition!