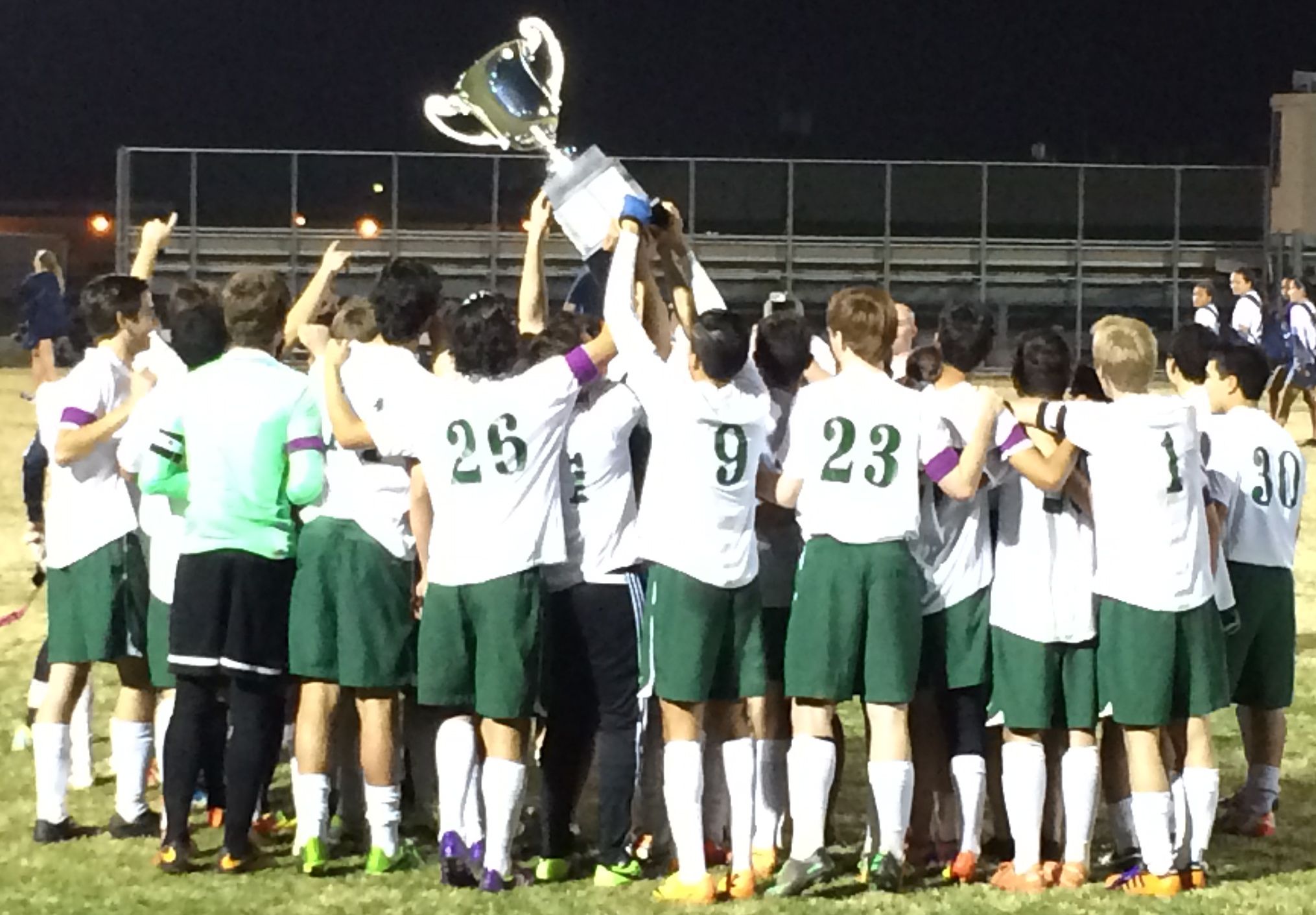 The Rattler’s 2014 soccer season kicked off at the New Braunfels Tournament where the boys put away Steele and New Braunfels before falling to Smithson Valley to take second place. After a victory against John Jay the following week, the boys took first place in the annual Northside tournament, tying Steele, and handily defeating both Central Catholic and Warren high schools. Reagan finished up the pre-district schedule by defeating Central Catholic once again, as well as New Braunfels a second time to head into district play with a 7-1-1 record.

District play started off well with victories over both Lee and Madison high schools, but MacArthur handed the Rattlers a shutout to end their 6 game winning streak. The boys bounced back against Johnson, but couldn’t overcome Churchill in the following match. With a victory over Roosevelt, the Rattlers finished the first round of district play 11-3-1 overall and 4-2 in district play. The second half of district was a mirror image, with Reagan recording victories over Lee, Madison, Johnson and Roosevelt, but falling once again to MacArthur and Churchill to finish district 15-5-1 overall and 8-4 in district, finishing second to Churchill in district.

Post season play kicked off with an exciting Bi-District match against New Braunfels Canyon at Blossom Athletic Center, where the Rattlers put the Cougars away by a decisive score of 4-1. In the Area round of play the Rattlers drew Brandeis, the district champion from 27-5A. In a hard fought match by both teams, neither team was able to find the back of the net in the first half, and went into halftime with a 0-0 tie. Both teams came out the second half looking to score the first elusive goal, and the Broncos took advantage of a defensive breakdown by the Rattlers to draw first blood. Reagan pushed back hard, and with 18 minutes remaining the match, a Brandeis midfielder was given a red card by the official, causing them to play short the remainder of the match. The Broncos packed the box and scrambled hard to hold off the feverish Rattler attack. Several times the Reagan strikers had near misses, and the Brandeis goalkeeper made multiple acrobatic saved to prevent the equalizing goal away from Reagan. After an amazing ride, the 2014 Reagan Rattler boys’ soccer team were unable to advance to the next round of play. The boys finished the season with a respectable record of 16-6-1, and recorded 50 goals while allowing 23 over the course of the season.

In addition to All-District honors, both Max Fernandez and Alan Ramos received All-Region and All-State recognition, and Alan Ramos was selected to the Express News All-Area Super-team.

After the success and setbacks of the 2014 campaign, the boys are looking forward to continue to improve upon the pitch and push for a district championship, and look to make a serious bid for a state championship. We look forward to seeing you at the games this season to help support these young men as they fight to uphold the strong Reagan soccer tradition.