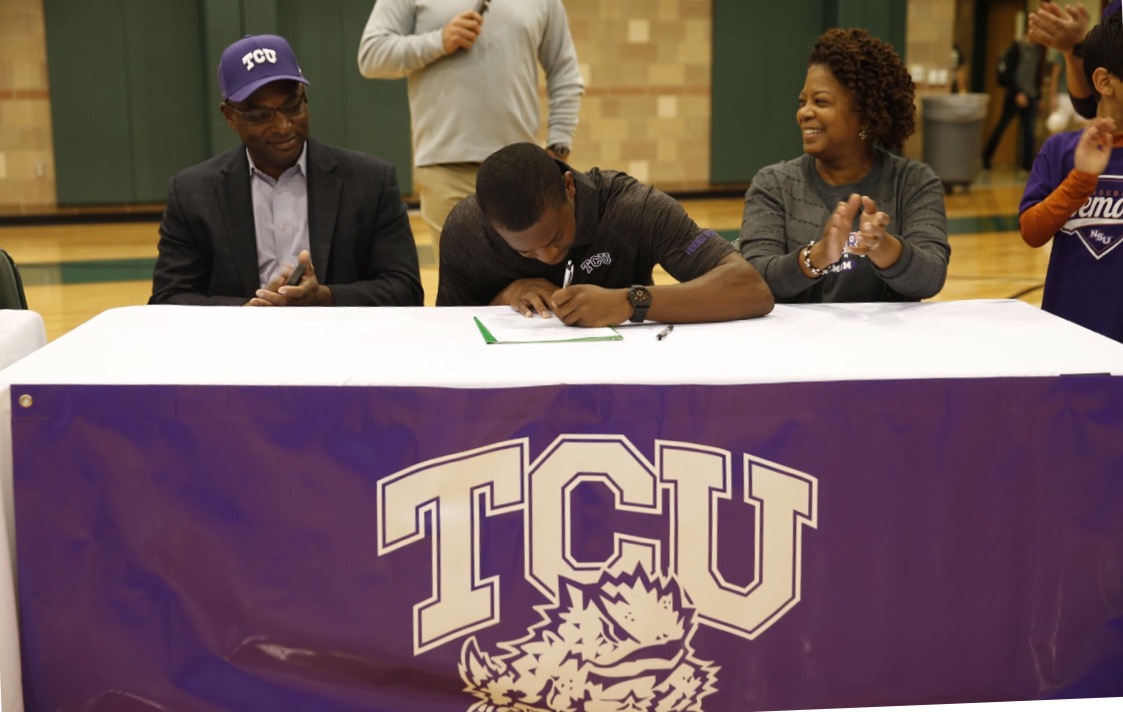 Porter is a 3 year letterman at Reagan and a 3 year starter in the outfield.

As a Junior, Porter was named 1st Team All-District and was also named to the UIL State Championship All-Tournament team.  Porter also set the school record for stolen bases with 26 successful attempts out of 26 tries.  Over the summer, Porter was invited to the Area Code Game tryout, played in the Texas Scout Association All-Star game, and represented Team USA in the New Balance Future Star Series.  He was also selected to the All-Tournament team at the WWBA 17U National Championship, the WWBA 16U National Championship, and the WWBA South Qualifier.

We look forward to a great senior year from Porter and wish him continued success as he moves on to the TCU Horned Frogs.

Porter is pictured with his parents Duane and Crystal