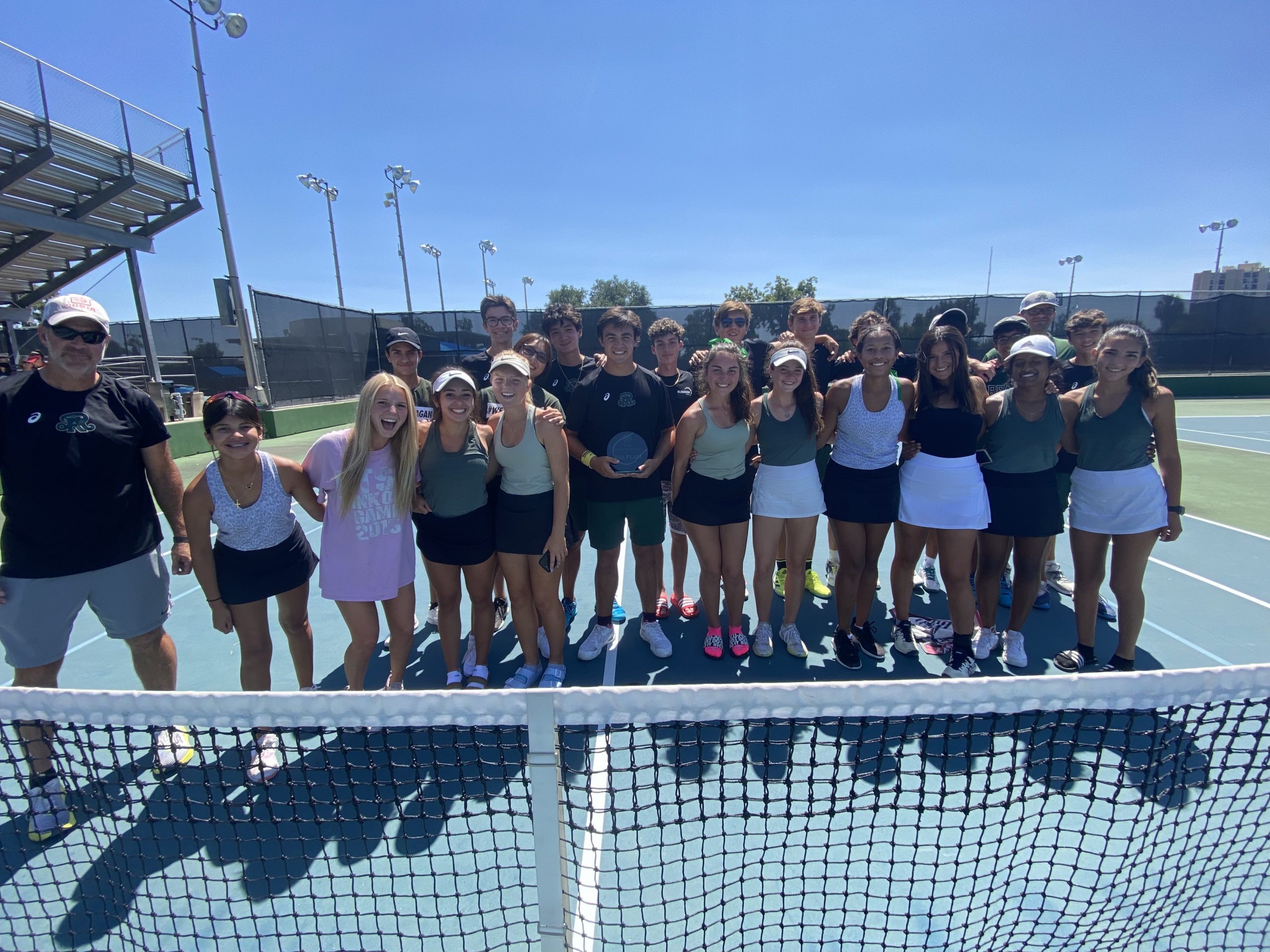 The Reagan Rattlers Varsity Tennis Team showed some excellent form and depth of play as the battled hard against 3 different schools to win 2nd Place at the NEISD Invitational Tennis Tournament.

Day one pitted our Rattlers Team against Dripping Springs High School first up. The team rallied hard in the doubles to take a convincing lead of 6-1 after all the doubles matches were completed. Boys Doubles took a clean sweep of 3 points, with Kim and Washington prevailing convincingly in the mixed doubles match to gather another critical point. The Girls Doubles battled hard and managed 2 further points. Doubles match of the day had to go to the pair of Emily Higgs & Paulina Zapata who fought hard to win the match in the third set tie break (Score 6-4, 4-6, 10-8)

The singles matches against Dripping Springs really showed the depth of the team as they quickly moved to a fast lead of 9-6 with 3 boys matches over quickly with convincing wins from the Totorica brothers and Joseph Snyman. The final winning point came from Kara Greenlee who trounced her opponent (6-1, 6-1) to get the winning point for the overall match.

The second round of the tournament pitted the Rattlers against old rivals Alamo Heights. The matches were one way traffic for the Rattlers and they came out firing again to win in convincing fashion.

Boys doubles took a solid 3 points and set the precedent for the Mixed and Girls Doubles to follow suit. The Mixed doubles match was a hard fought game and Matthew Kim and Livia Washington again secured an important point despite being pushed all the way to a third set tie break. They prevailed to win 6-1, 4-6, 10-6.

The girls doubles also had a notable match in the Line 1 girls of Alissa Ortiz and Kara Greenlee. They were taken all the way by their opponents. They won the match in emphatic fashion in a second set tie break to take the deciding set and win the match. Their score was 6-3, 7-6 (7-5). This left the overall match score at 7-0 after doubles.

This led the Rattlers to a place in the finals on day two against Fort Bend Clements High School.