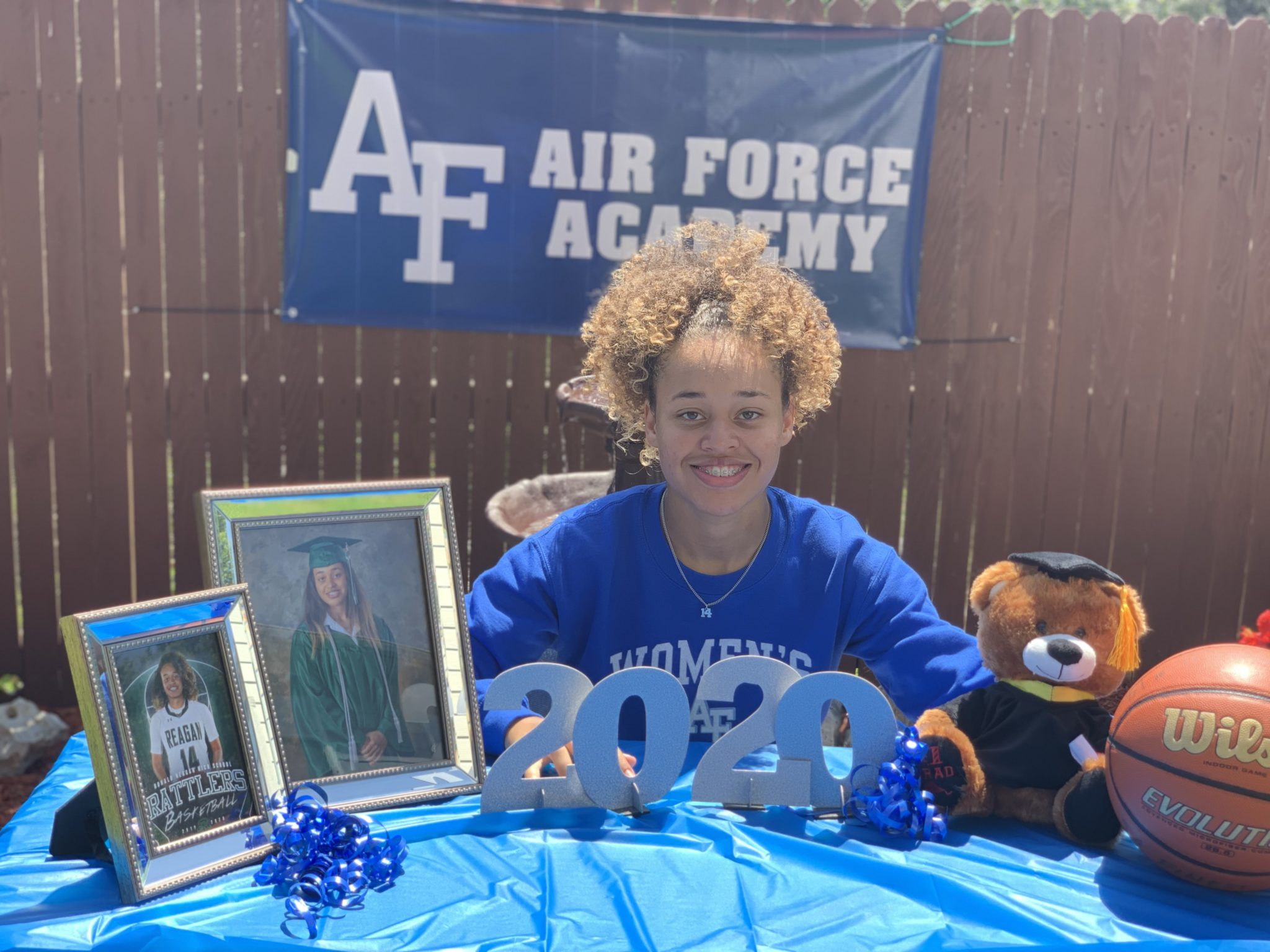 Nadja finished her high school basketball career as a 3 year Varsity letterman. Her senior season, Nadja was was named District 27-6A First Team, Texas Girls Coaches Association (TGCA) Honorable Mention Academic All-State, and Academic All District. She was a starter for Reagan, the 27-6A District Champions and part of the team that progressed to round 3 of the UIL State Championship. Her sophomore and junior years, she earned her Varsity letters at Antonian College Preparatory High School and was named First Team All District.

Head Coach Selena Winbush commented, “Nadja was a 3 year varsity letterman (2 at her former high school). She came back to Reagan her senior year and made an immediate impact. She was an active and fearless defender and great at penetrating the defense. We will miss her.”

We wish Nadja the best of success in her ​academic and athletic endeavors at USAFAPS! 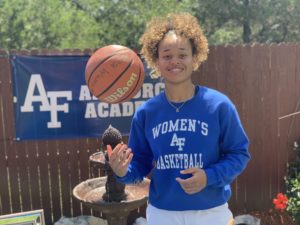