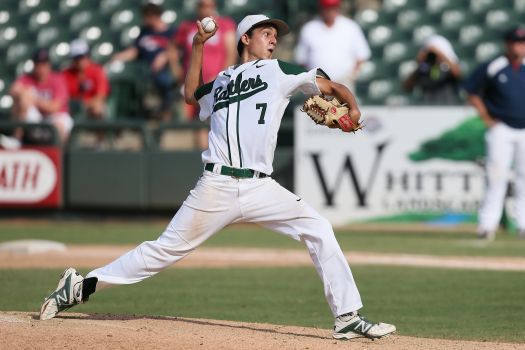 Player of the year: Troy Montemayor

Rundown: When the stakes were at their highest during the UIL Class 5A playoffs, Montemayor simply was at his best. He pitched the Rattlers to victory four times when they face elimination after losing the opening game of a best-of-3 series.

Quotable: “Troy’s heart, determination and selfless attitude were unmatched. He did everything he could to help Reagan High School get to the state tournament and play for the state championship.” — Reagan coach Chans Chapman

Coach of the year: Chans Chapman

Looking back on 2014: After falling short in five previous appearances in the Region IV-5A final — including twice during his tenure — Chapman guided the Rattlers past the hurdle and to the most successful season in program history. Reagan advanced to the Class 5A state tournament for the first time, falling to Flower Mound in the state final.

Quotable: “Obviously a great season, not just for kids that are in the program now, but for all those in previous seasons that put in the work, and helped build the program to what it is today. Shows you that when a group of kids set their mind on a goal and buys into putting the team first and playing hard every night that those goals can be achieved.” — Chapman