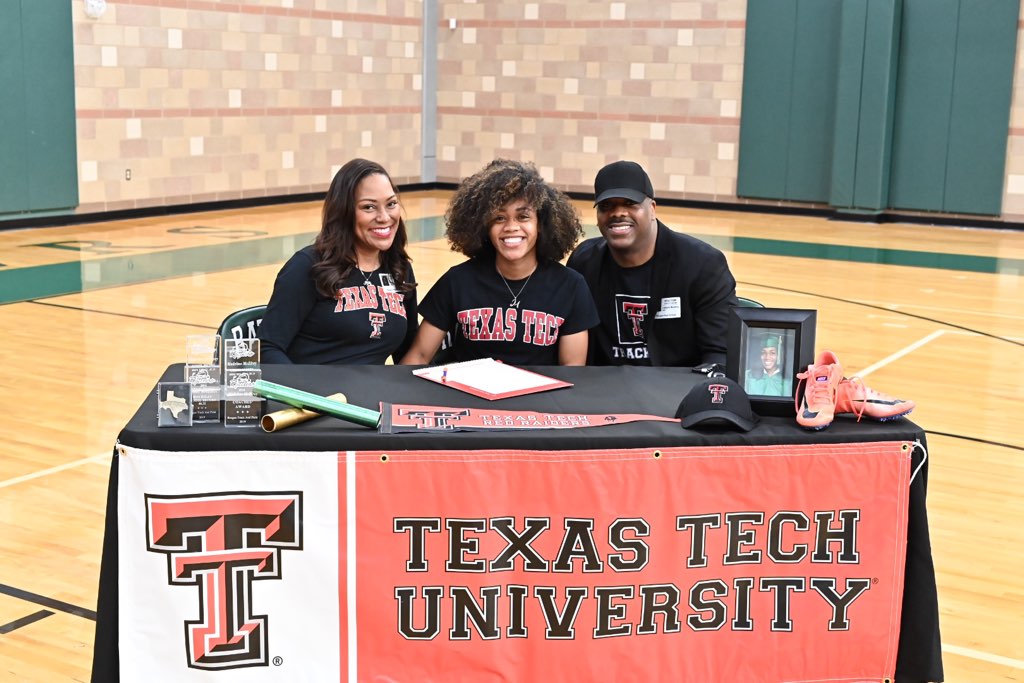 Today, Madeline McElroy signs her National Letter of Intent for Texas Tech University where she will join the Red Raiders Track & Field team. Texas Tech is a top ranked NCAA Division I program.

McElroy is a 4 year Varsity letterman at Reagan who has competed in the 100M, 200M, 4 x 100M, 4 x 200M and Long Jump.  McElroy is currently ranked 7th in the nation in the 100M and is the starter on Reagan’s 4x100M that is ranked 2nd in the nation. Her impact on this team includes the following significant accomplishments:

We’re excited to see McElroy compete this season, as the 2020 season ended early due to covid.

Head Girls Track & Field Coach, Jennifer McHugh, commented, “Madeline balances poise with tenacity and sets the standard of leadership as she models personal discipline and work ethic while supporting and serving as a strong foundation for her teammates.”

McElroy developed her love for running and competition when she was in the third grade and won a school-wide race and became known as the “fastest girl on campus”.  She continued her passion at Lopez Middle School, where she still holds several track records.

In addition to athletics, McElroy is the Secretary of the Health Occupations Students of America (HOSA), works a part-time job, and is involved at Community Bible Church.

We wish Madeline continued success competing on the track and pursuing her nursing education at Texas Tech University!