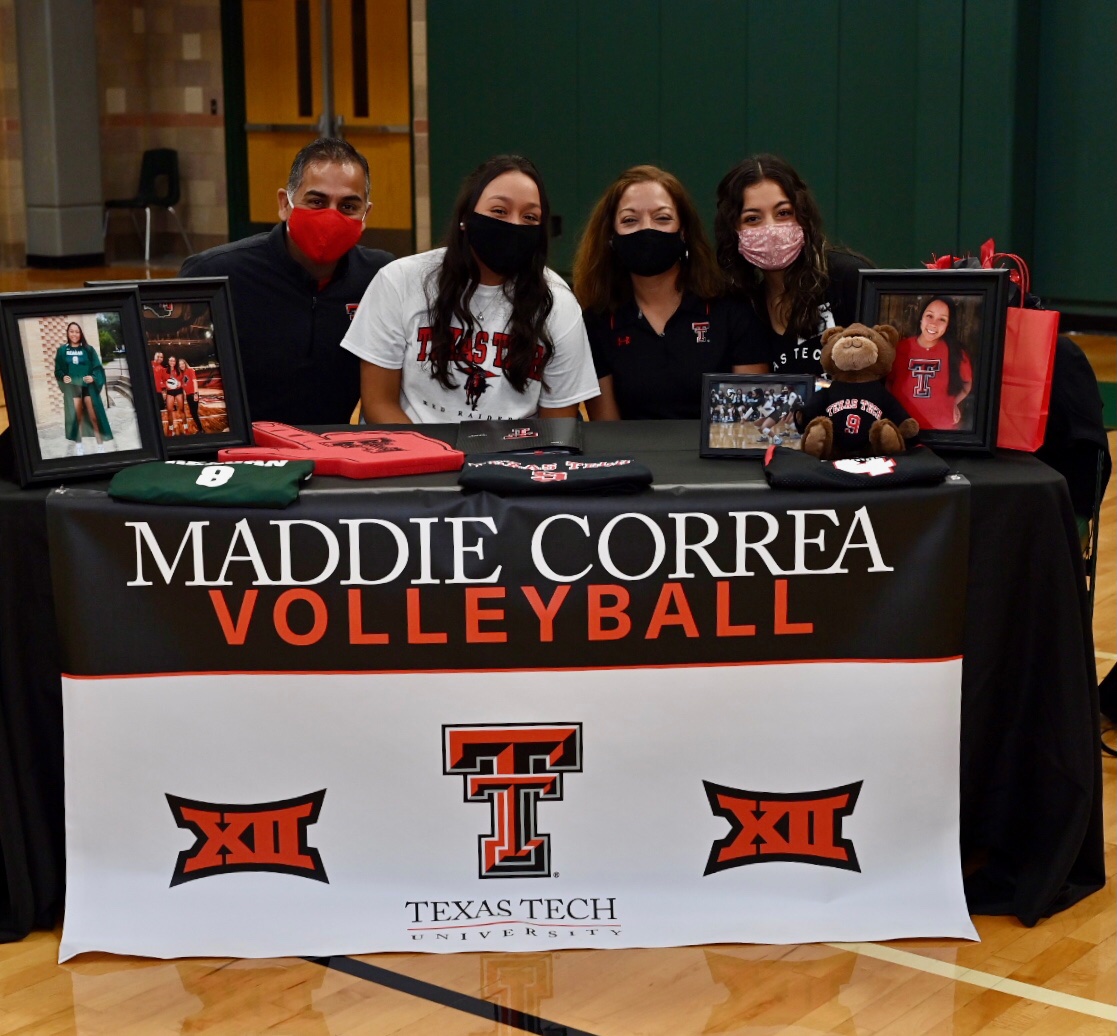 Maddie Correa, a 4-year letterman, and captain for Reagan Volleyball plays Libero and has led the team in digs the last 3 years.

She has been selected as All-District the last 3 years, was recognized by Prep Volleyball as Sophomore 79, Junior 59, and made their All American Team.  She was an All-State selection and TGCA All-Star and made the 27-6A All-Academic Team.  And, she received the John Turner Classic Defensive MVP and made the All-Tournament team.

Maddie was recognized as the Reagan Defensive MVP and received the Coach’s Award and continues to be recognized during her Senior season. She was listed on the AVCA/ Under Armour, All American Watch List, and made the Prep Digs Top 10 list.  She holds the single-season dig record and just broke her 2000 career dig mark.

Maddie not only shines on the court, but she is also a member of the Reagan National Honor Society and Reagan Student Council.

We can’t wait to cheer Maddie on at Texas Tech and wish her continued success!