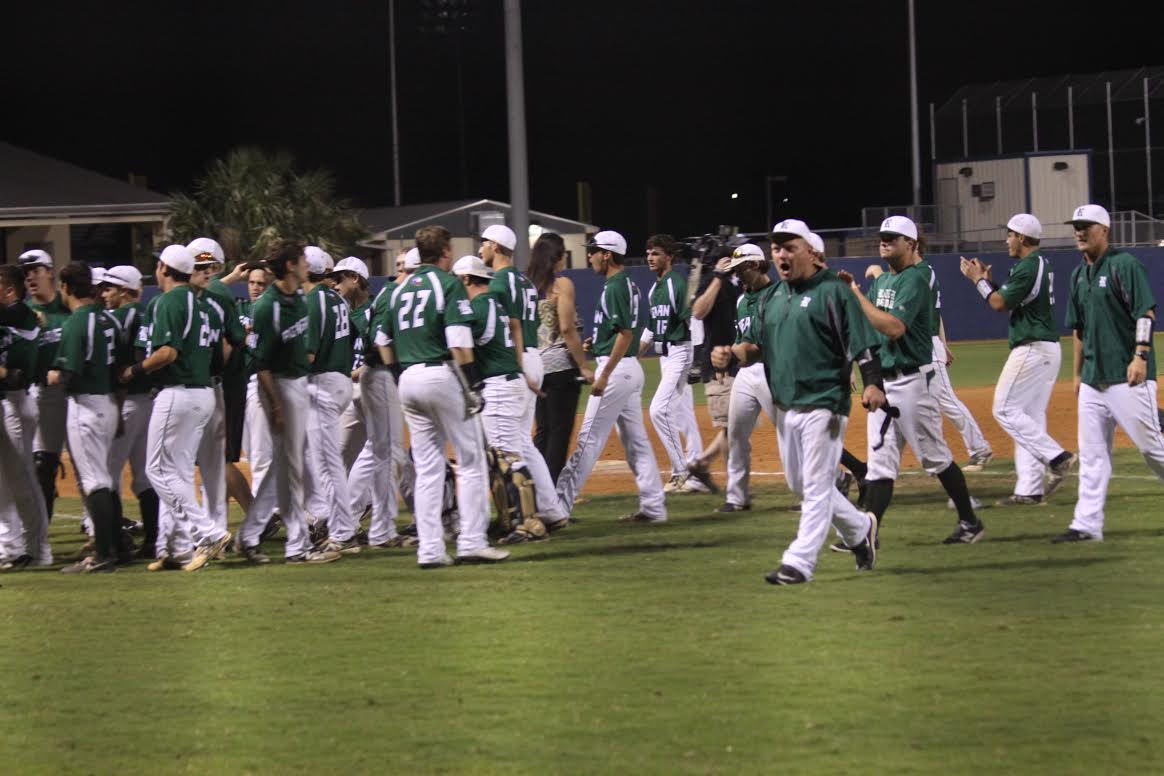 A couple weeks ago, Reagan needed a comeback in the seventh inning of a tiebreak game to keep its season going. Friday night’s rally made sure another wasn’t necessary.
Reagan catcher Leyton Leone singled in the bottom of the seventh inning to give Reagan a 6-5 walk-off win over Smithson Valley in Game 2 of the Region IV-6A best-of-three series. The Rattlers (30-4) scored four runs in the seventh inning to avoid a Game 3 today and advance to face La Joya Palmview or Laredo Alexander in the regional semifinals.

Leone’s RBI single came against Smithson Valley senior Connor Flanagan, who came on in relief to pick up the last out of the fifth inning.

Reagan came back in Game 3 of a first-round series against New Braunfels Canyon and needed something similar to avoid another series tiebreaker.

Reagan used an error, a hit-by-pitch and three walks to advance to the regional semifinals. The Rattlers fell behind by two runs early before they plated a run in the fifth.

“We probably played one of the worst games of the season in the first four innings,” said Leone, who was 2 for 3 with two RBIs.

The Rangers (23-8) were blanked 11-0 in a Game 1 that featured two ejections, including the early dismissal of senior pitcher Cole McKay, a pro draft prospect and LSU signee.

McKay responded Friday by going 2 for 3 at the plate with two RBIs and a big unassisted double play in the third inning while playing first base.

“After kind of struggling yesterday and the way things went for him, I think he showed what he’s made of,” Smithson Valley coach Chad Koehl said.

Koehl took the time to hug his seniors gathered near first base. He embraced Flanagan, who had been 3 for 3 in save chances in the postseason. He told the senior he did everything he could.

“They went out and competed and put themselves in a position to win,” Koehl said. “It’s going to hurt for a while, the way it ended for sure.”