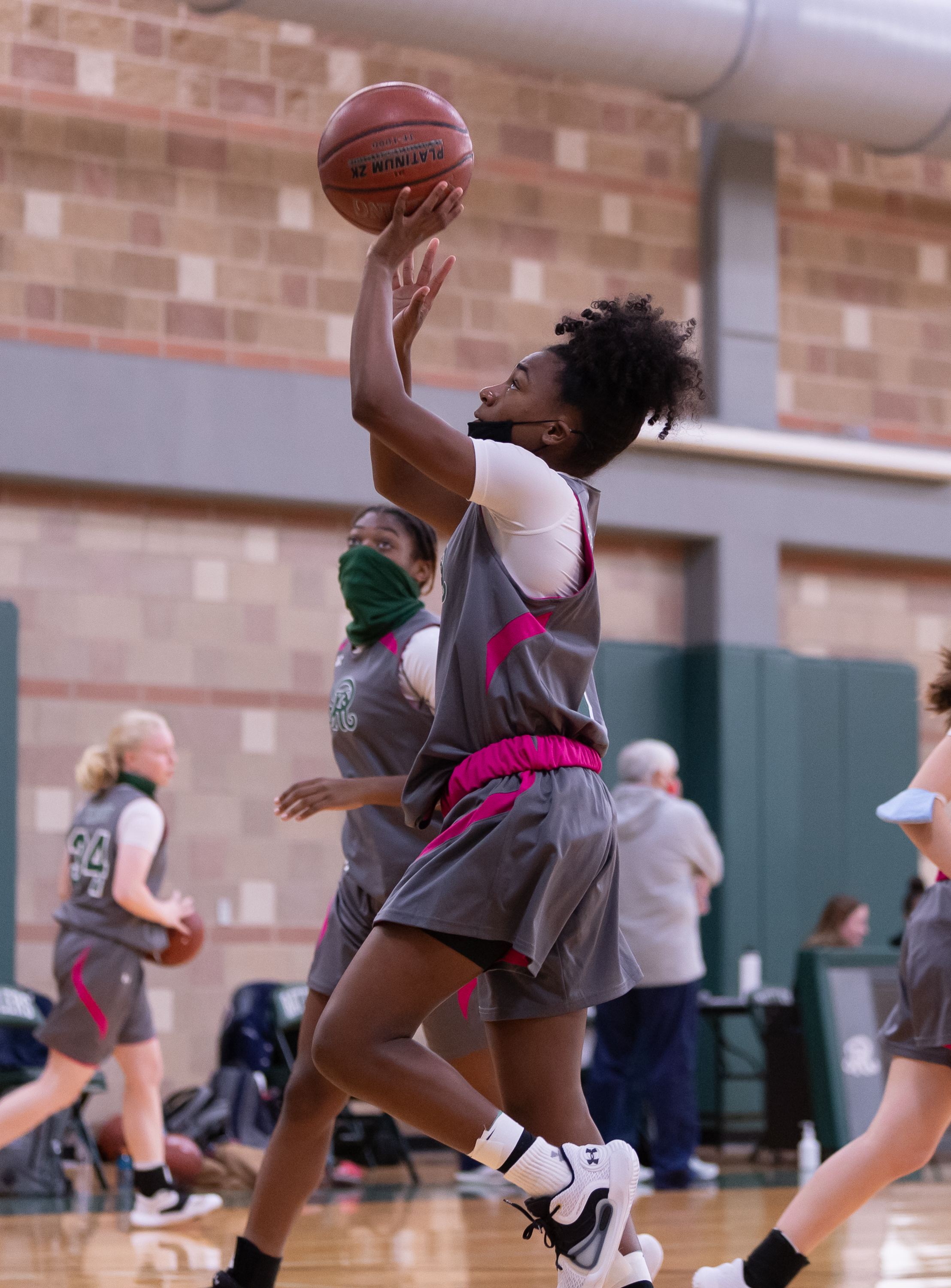 The Lady Rattlers kept their perfect district streak alive this week, defeating both of the new 28-6A additions from Northside ISD in district play.  Both Clark and Brandeis have had successful seasons so far, with Clark undefeated and Brandeis with losses only to Clark and Johnson coming into their respective games against the Rattlers.

The Clark game was a shooting fest and had multiple lead changes.  The game was tied at the half and close in the third but Reagan started to pull away in the fourth and prevailed with a 65-57 win.  Sophomore Samantha Wagner led all scorers with 27 points, 16 rebounds and four assists.  Juniors Christeen Iwuala and Miranda Noack added in 13pts/14reb and 10 points, respectively.  Senior Breck Bormet brought six points, sophomore Reese Stephens had five points off the bench, and Junior Kelsie Hawkins chipped in six rebounds and two assists.

The Brandeis game was never too close with scoring margins of at least 10 at the end of each quarter, including a huge third quarter for the Rattlers putting them ahead 49-25.  Brandeis came back offensively in the fourth but it wasn’t enough, with the final score of 65-52.  Wagner had 22pts/8reb/3blks, Noack hit three threes on the way to her 13 points, and Hawkins exploded in the fourth quarter to end with 12pts/11reb/6asst.  Iwuala had yet another double-double with 11pts/15reb, and Stephens added four points.

Two games remain in the first and only round of district play this season.  The ladies take on Johnson tonight at 5:00pm at BAC.  Johnson has only one loss (to Clark) in district play after beating Brandeis in a comeback win last week.  Reagan will finish out district regular play with Churchill on Tuesday, January 26th at 7:00pm at BAC before regrouping for the playoff-seeding tourney scheduled to start on January 30th, time and place TBA.