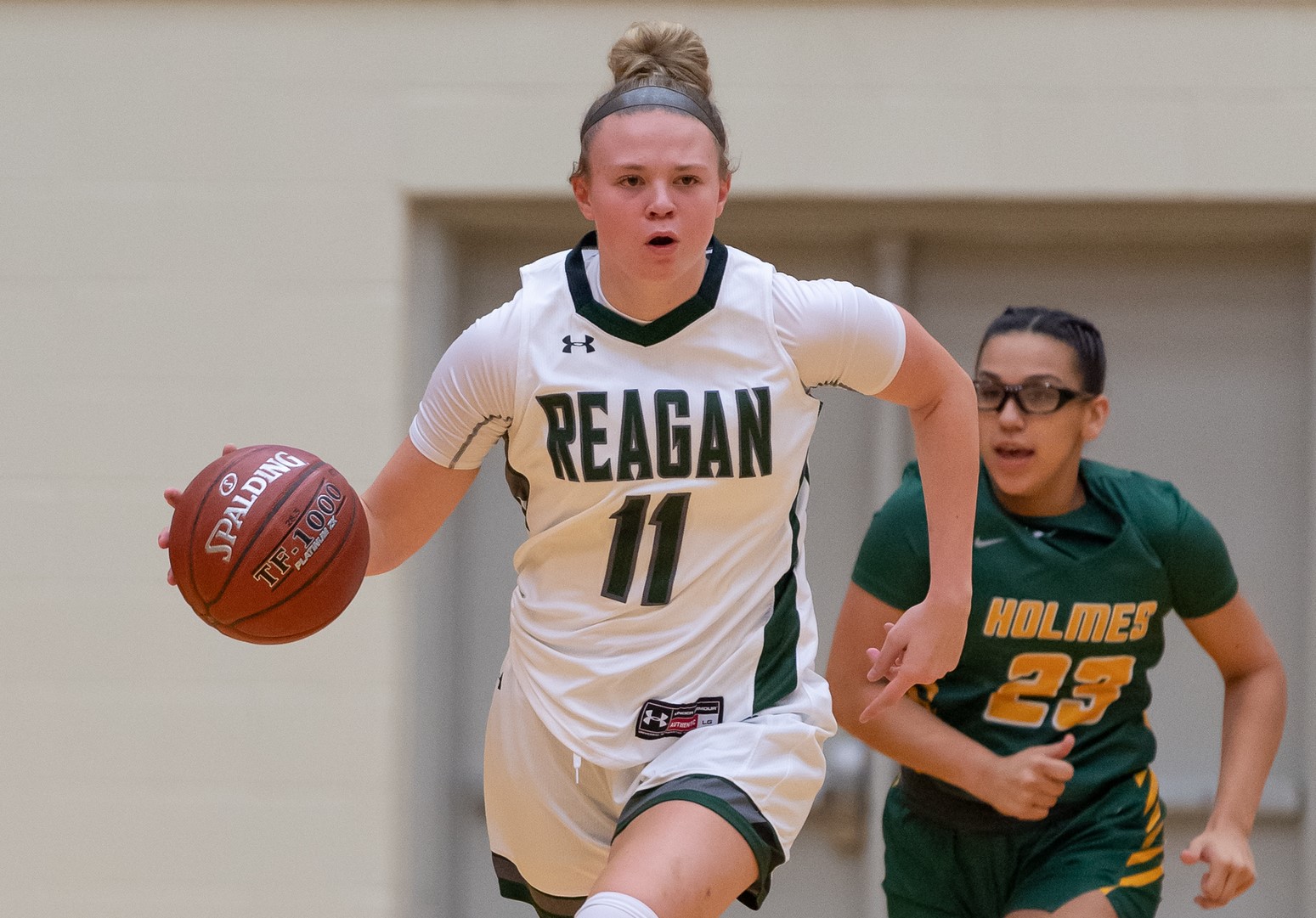 The Lady Rattlers kicked off the season Saturday with a convincing win over NISD Holmes. While the Lady Huskies held their own in the first quarter with some convincing three-point shooting to keep the game close, the Rattlers came out in the second quarter shooting and never looked back.

Sophomore Samantha Wagner had a career single-game record scoring day of 30 points and grabbed 12 rebounds and two assists.   Bringing in 20 points of her own was Junior Christeen Iwuala, with 7 rebounds.

While the point differential was close to 30 points in the third and early fourth quarters, the final score of the game was 71-51.

The Lady Rattlers are listed in all city-wide polls within the top three in the city, rotating spots among the major polls with Cibolo Steele and Judson.

The Lady Rattlers take on NISD O’Connor on Tuesday, November 10th at BAC at 8:00pm.