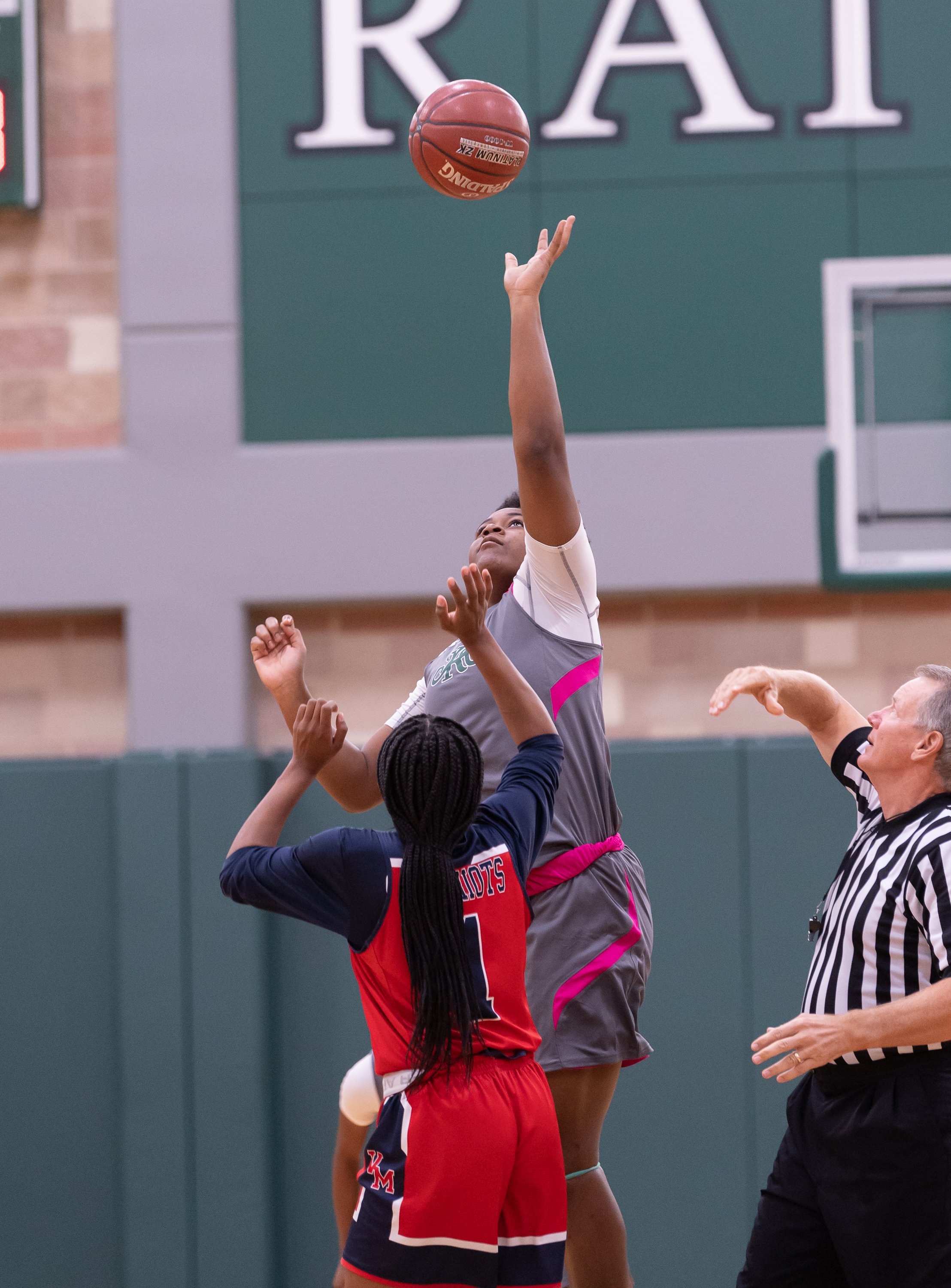 The Lady Rattlers lost a hard-fought game against a loaded Cibolo Steele team but bounced back in a convincing win against Schertz Clemens this week in the first half of their toughest run of games leading into District play.

Foul trouble and turnovers hampered the ability to keep up with a fast-playing aggressive Steele team on November 17th at Steele, leading to a deficit that was too much to overcome. After a tight first half and then falling behind by as much as 20 in the third quarter, a late rally pulled the game to within 10 but never got closer. Sophomore Samantha Wagner scored 23, Junior Kelsie Hawkins added seven and Senior Breck Bormet scored four in the  contest, with a final score of 56-42.

Bouncing back on November 20th, the ladies hosted a tough Schertz Clemens team that kept within striking distance for the first three quarters, when Reagan pulled ahead and never looked back,  finishing the game with a score of 65-43.  Junior Christeen Iwuala had a record night with an incredible 23 rebounds, and rounded that out with 15 points and one assist.  Wagner had 26pts/10reb/4asst/5blks, and Hawkins had a double digit scoring night with 13 pts/3reb/4asst.

The Lady Rattlers are now 4-1 on the season with two more tough contests to play before starting District play.  Monday, November 23rd they travel to Austin to take on Austin Westlake, the squad that ended their playoff run in the regional quarter-final round in February.  Next is Converse Judson at Judson on December 1st – Freshmen play at 5:00, JV at 5:30 and Varsity at 7:00.

The ladies will finally be back on home turf when district play commences on December 4th against Roosevelt at the BAC at 6:30pm.