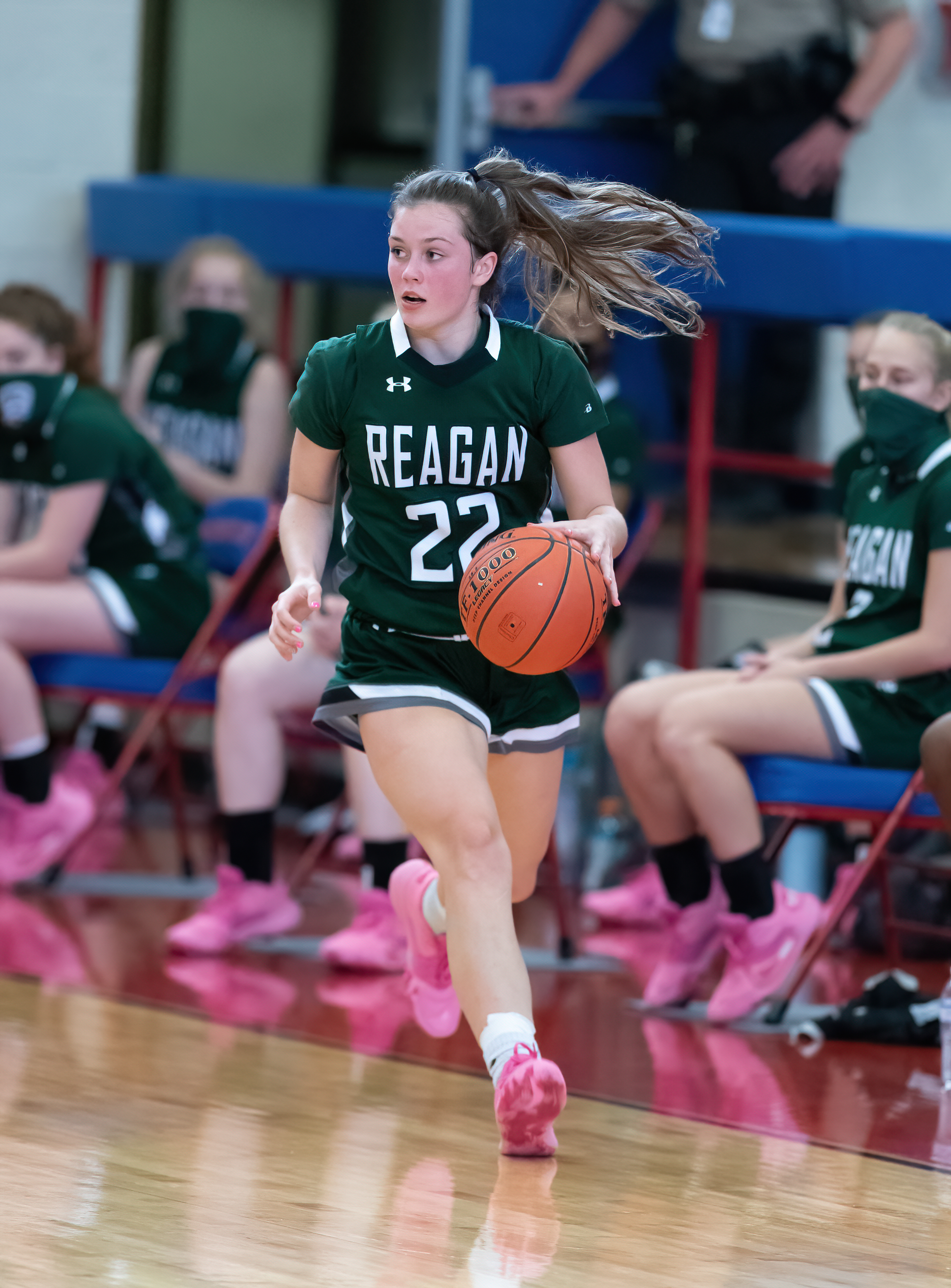 The Lady Rattlers split the second half of their four-game non-conference stretch, exacting payback on Austin Westlake for a playoff-run ending loss in February but falling to 2020 Regional Champs Judson in a hard-fought loss at Judson Tuesday night.

Sophomore Samantha Wagner led the Rattlers in the 57-39 win over Austin Westlake with 25pts/17reb/3asst/2blk.  Junior Christen Iwuala stuffed the boards with 17 rebounds as well and added 12 points and two assists.  Junior Miranda Noack scored in double digits with 11, and Senior Breck Bormet hit two threes to tack on six points.  Wagner and Iwuala both earned SA Express News Game Balls for the effort.

the Judson game was close during most of play, with SAEN #1 Judson leading by four points at the end of the half, and by six with just over 30 seconds left in the game, but Judson’s speed and smothering defense proved too much this time around as they won the game by a score of 48-39.  Wagner scored 14 points and had 10 rebounds, Iwuala had 10 and 15, and Junior Kelsie Hawkins added seven and 10, giving three players double-digit rebounds.

The ladies begin district play on Friday against Roosevelt at 6:30pm at BAC, and then turn right around on Saturday and take on TAPPS #3-ranked Antonian at noon at the Rattler’s Den before district games continue the following week.

Come out and support your Lady Rattlers!