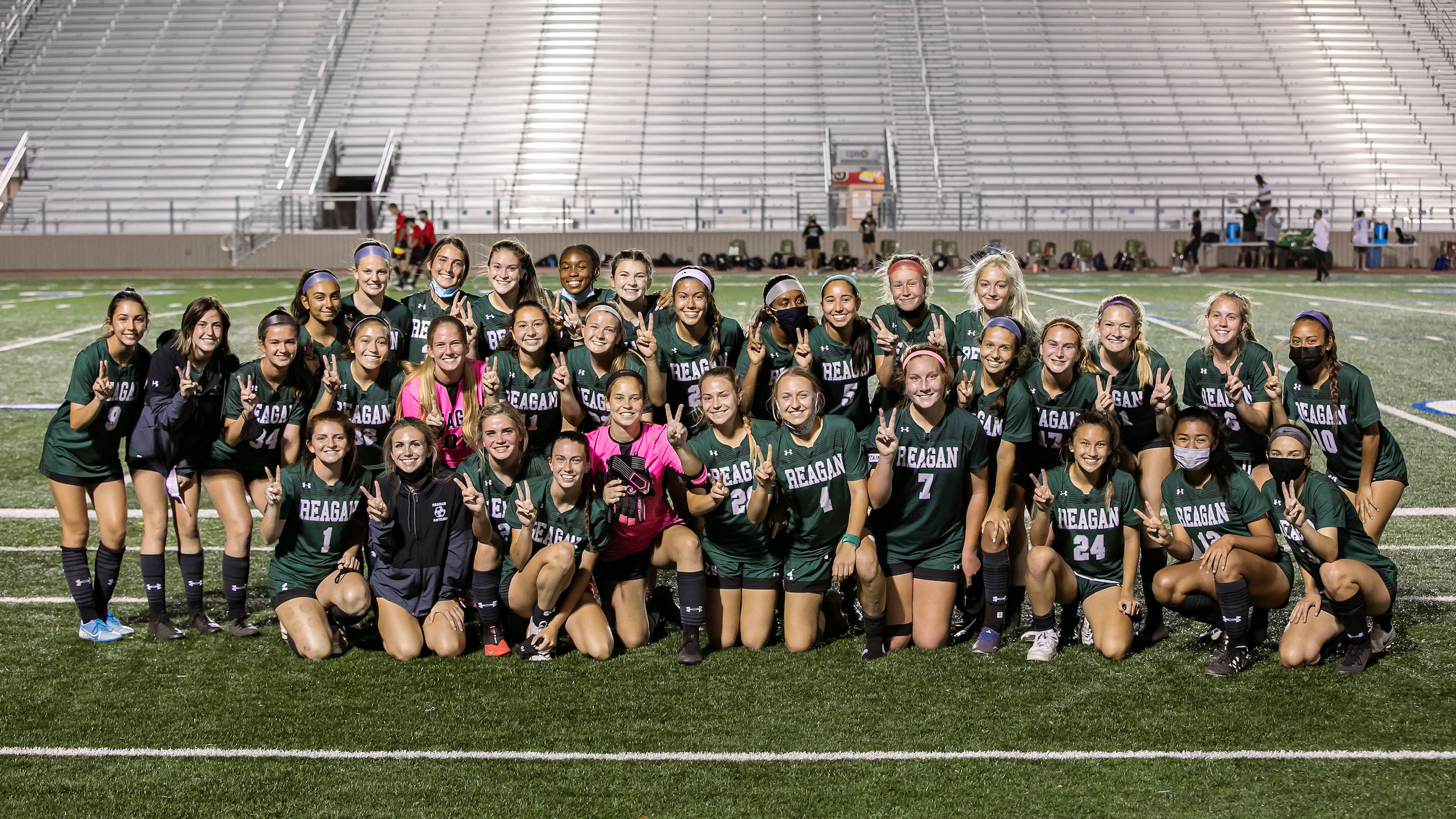 Lady Rattlers Soccer, in their first round matchup against New Braunfels Friday night, defeated the Unicorns 8-1 and are Bi-District champs!!! The Lady Rattlers were up 2-0 at half and notched four goals in the first 10 minutes of the second half and another two later in the half to seal the victory.

The Lady Rattlers next face off in the second round against Austin Vandegrift Tuesday, March 30 at 6 pm at Comalander Stadium. You can buy playoff tickets through the TicketSpicket app or by clicking here. There are no ticket sales at the gate.

Everyone mask up, wear green, pack the stands, and cheer on your Lady Rattlers to an area championship Tuesday night!  Strike ‘em!!!