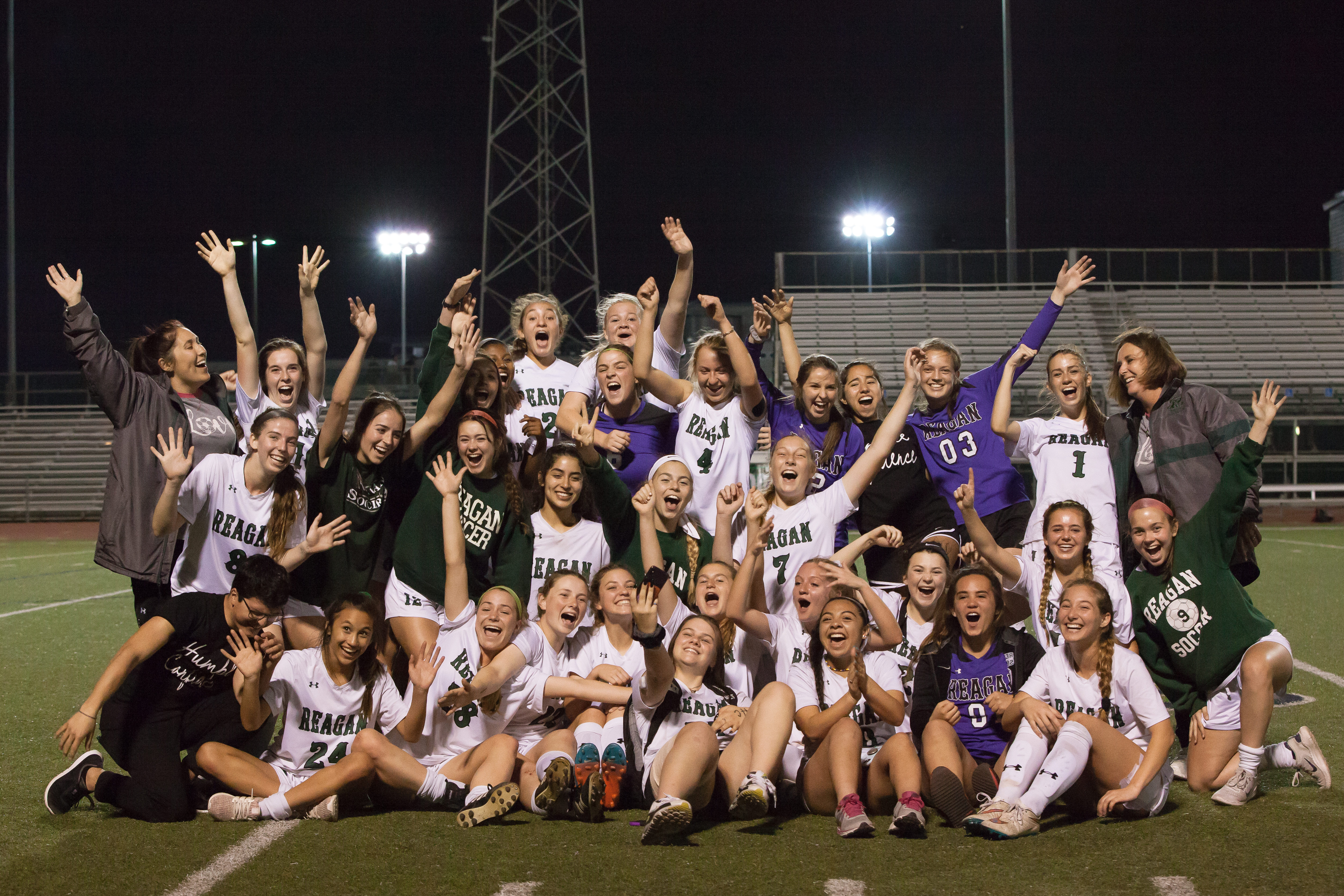 Congratulations to Coach McCullom on this impressive  accomplishment in just her inaugural season as head coach and to Coach Eiteljorge in her first season as assistant coach.

The Lady Rattlers are slated to face the O’Connor Panthers in the Bi-District round of the playoffs Friday, March 29 at 7 pm at Blossom Athletic Complex-West.

Let’s pack the stands and cheer on the Lady Rattlers to a bi-district championship Friday night!  #DistrictChamps #StrikeEm #RattlerNation @ReaganGirlsSoccer