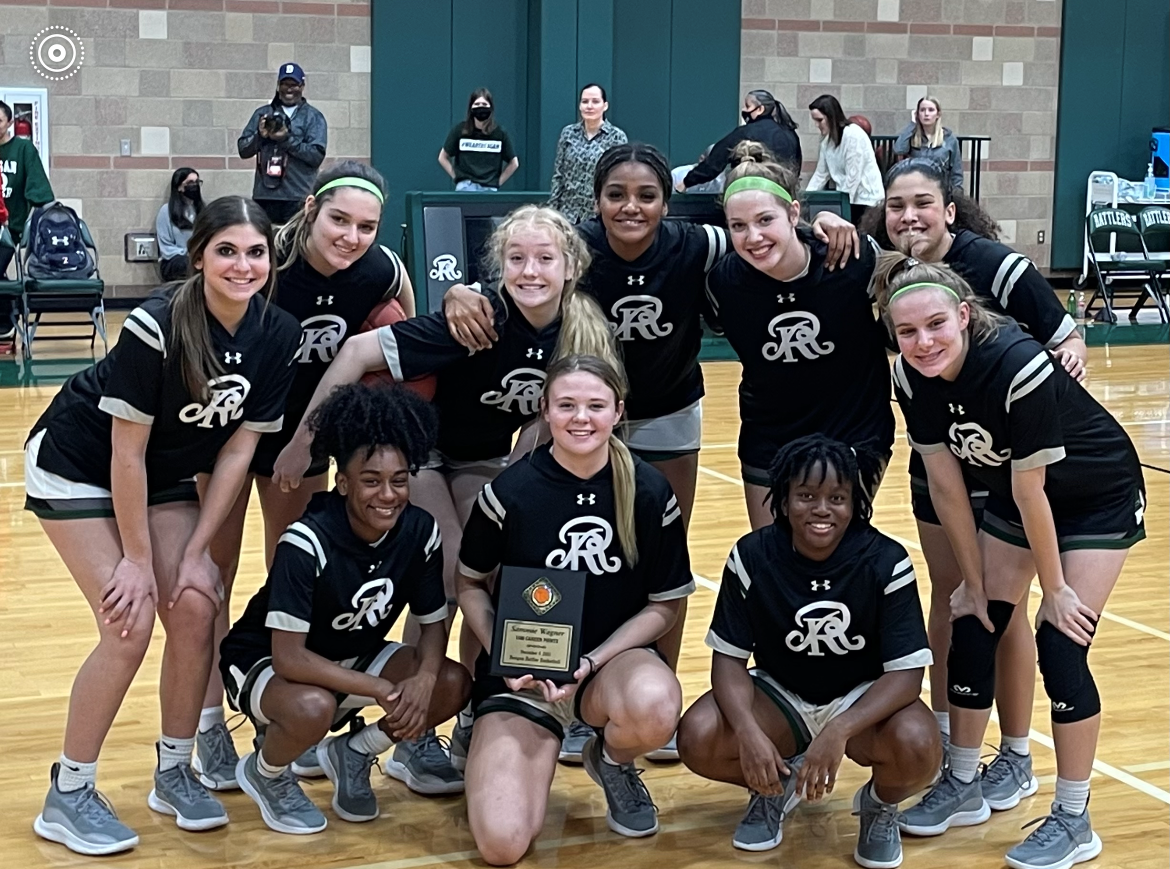 Your Lady Rattlers kicked off District play Wednesday against Roosevelt with a 66-24 win.  FIVE players scored in double digits including Senior Kelsie Hawkins with a game-high 13.  Hawkins added 5 assists and 4 steals to her stat line for the night.

Steals were a stat stuffer for the night, with 23 total steals in the game; Green with six, Noack with five, Schroeder and Hawkins with four, Stephens with three, and Lopez with one.

District game two kicks off tonight at 8:00pm at BAC.

Come cheer on your Lady Rattlers!