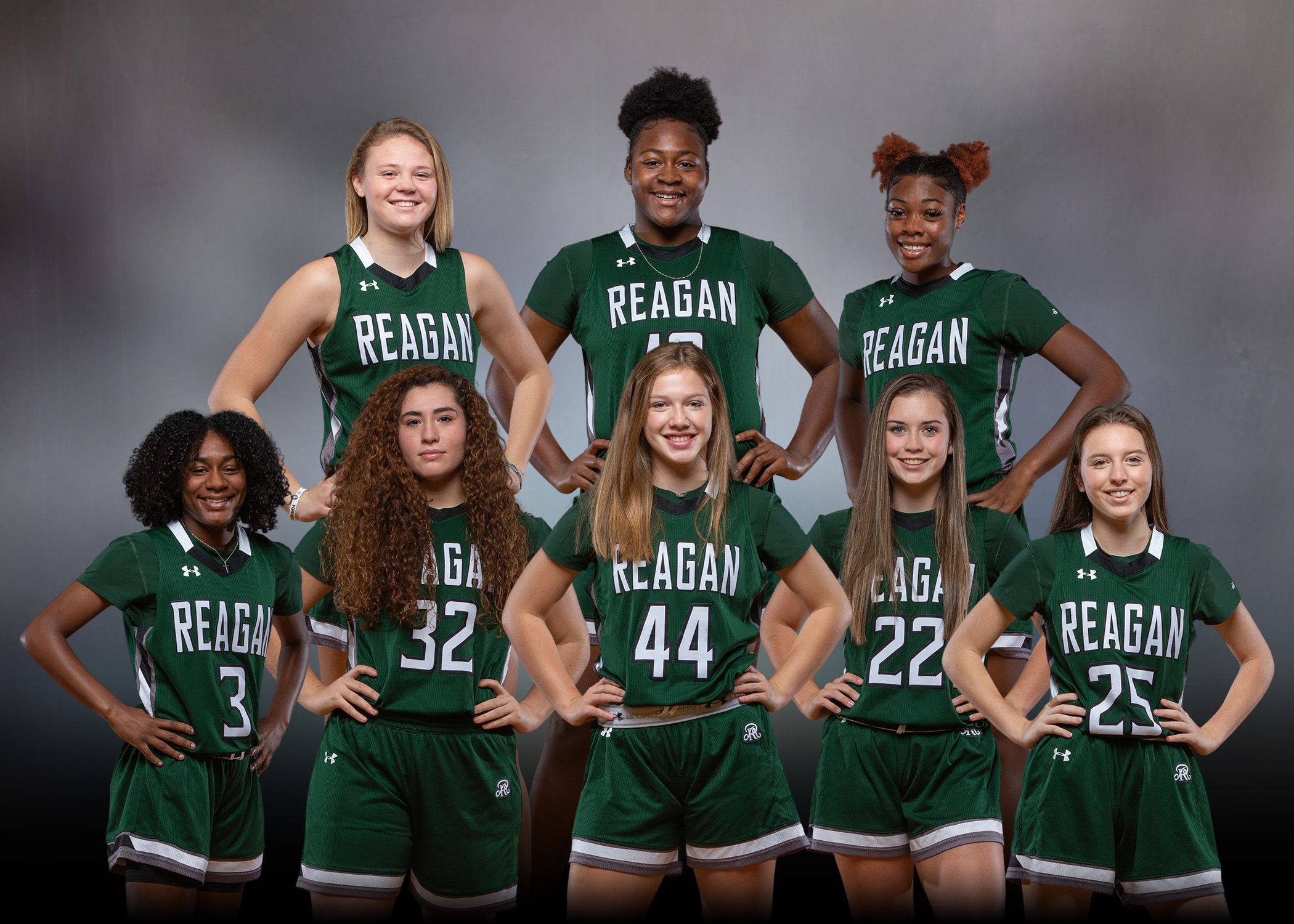 The Lady Rattlers finished the first – and only – full round of District 28-6A games with a perfect record heading into Friday’s playoff-seeding tournament.

Reagan flew out to an early lead in the first quarter of the Johnson game, and then played three tight quarters ending with a 66-56 win.  Sophomore Samantha Wagner tallied 25pts/8reb, Juniors Christeen Iwuala and Kelsie Hawkins added 16 pts/17reb and 11pts/7reb/5asst, respectively, while Senior Breck Bormet chipped in two three-pointers for six points.

The Churchill game was never in doubt with a final score of 68-26.  Hawkins had a perfect scoring night going 5 for 5 from the field and 2-2 from the line, stuffing the stat sheet with 12pts/3reb/5asst/6stl, Wagner had 19pts/8reb/2asst/3stl/3blk and Iwuala added 17pts/9reb/4stl/2blk.  Bormet added two more three-pointers and three steals in her six-point effort.

The team combined for a whopping 22 steals in the contest, including contributions from Junior Miranda Noack (3), and Sophomores Reese Stephens and Ava Schroeder as well as Freshman Joana Lopez, all with one each.

Due to the pause in the NEISD basketball season over the holidays, the schedule wont allow for a full second round of District games before bi-district playoff games are scheduled to tip off in mid-February.  The alternative plan this year will be a single-elimination bracket of the top eight teams to determine the District 28-6A champion and the one and two slots for playoff seeding.  There will also be a third place game to complete playoff seeding.

The next game for the first-place Rattlers will be 5:30pm Friday at BAC where they will take on eighth-place Roosevelt.  Potential future games, dependent on moving through the bracket, will be on Tuesday, February 2nd and Friday, February 5th.