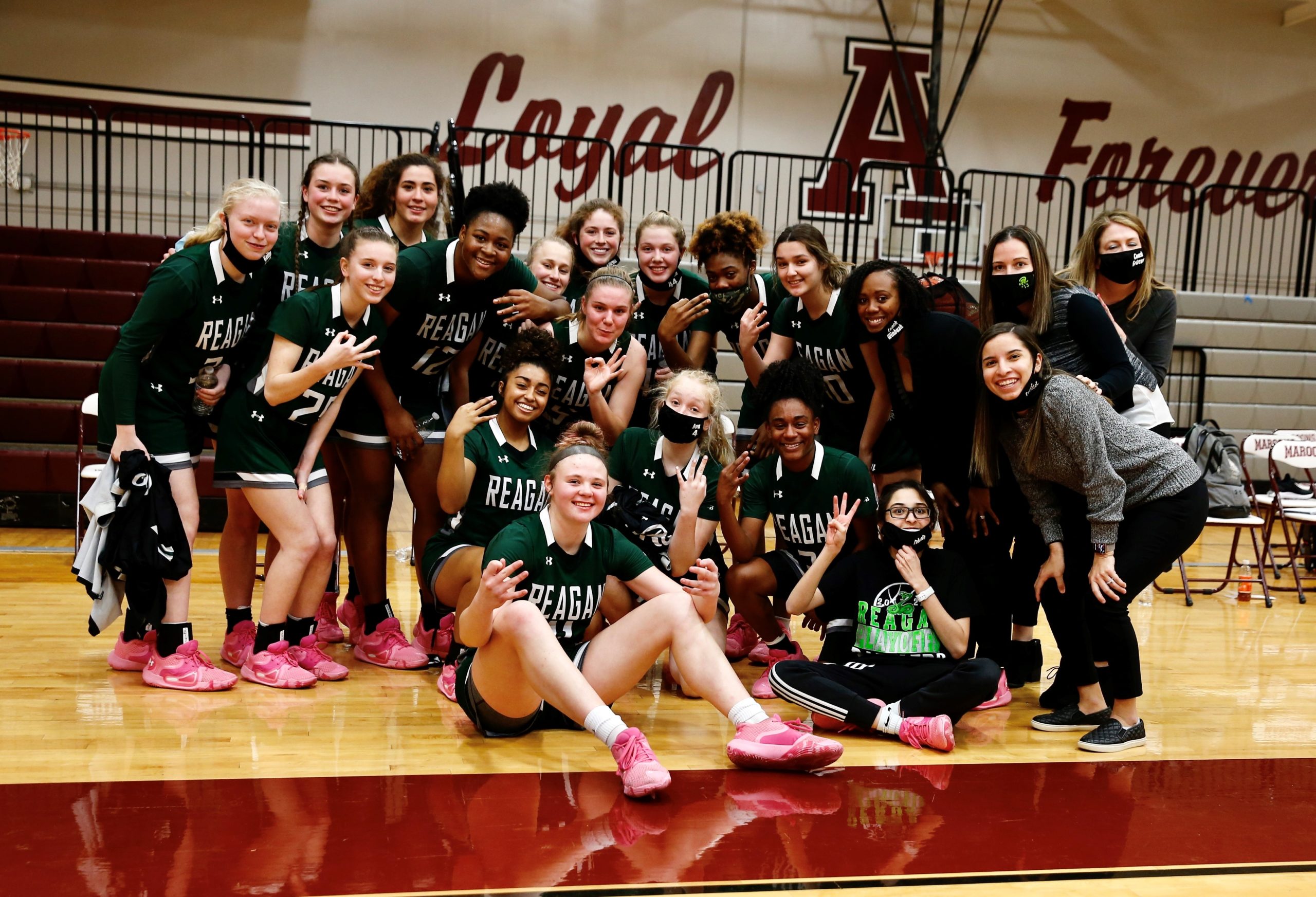 It was an unusual game for the UIL State Tournament playoffs  – the second round, normally a neutral site game with limited attendance for Covid protocols for both teams, started with many extra bodies and much fanfare for the home team, Austin High.  The Lady Rattlers started slow, found themselves down 10 early on, and and needed to regroup, down five at the half.

They came out of halftime with the determination to remind themselves and the fans in attendance who the favorite was to win this matchup.  With a blistering 23-point third quarter, Reagan set themselves on the right track and never trailed again, quieting the large Austin High crowd and finishing the game with a  60-55 win to secure the Area Championship and a punched ticket to the third round.

Sophomore Samantha Wagner was named Alamo Girls’ Basketball Player of the Game with her game-high 29 points and unofficial 11 rebounds, but this game was truly a team effort that required the smothering defense of all starters plus one, including Senior Breck Bormet (2pts/5reb), Juniors Christeen Iwuala (9pts/14reb/3blks/2stl), Kelsie Hawkins (8pts/2asst/3stl) and  Miranda Noack (4pts/5reb), and Sophomore Reese Stephens (8pts/2reb/2stl).

The game will be played Wednesday February 24th at 5:30pm at Hays Johnson High School in Buda, tickets are available at the following link:

Reagan ended their 2020 playoff run to Austin Westlake in the Regional Quarterfinals. A win Wednesday to jump to the 2021 Regional Semifinals would be their deepest run since their 2011-2012 State Semi-Finalist finish.