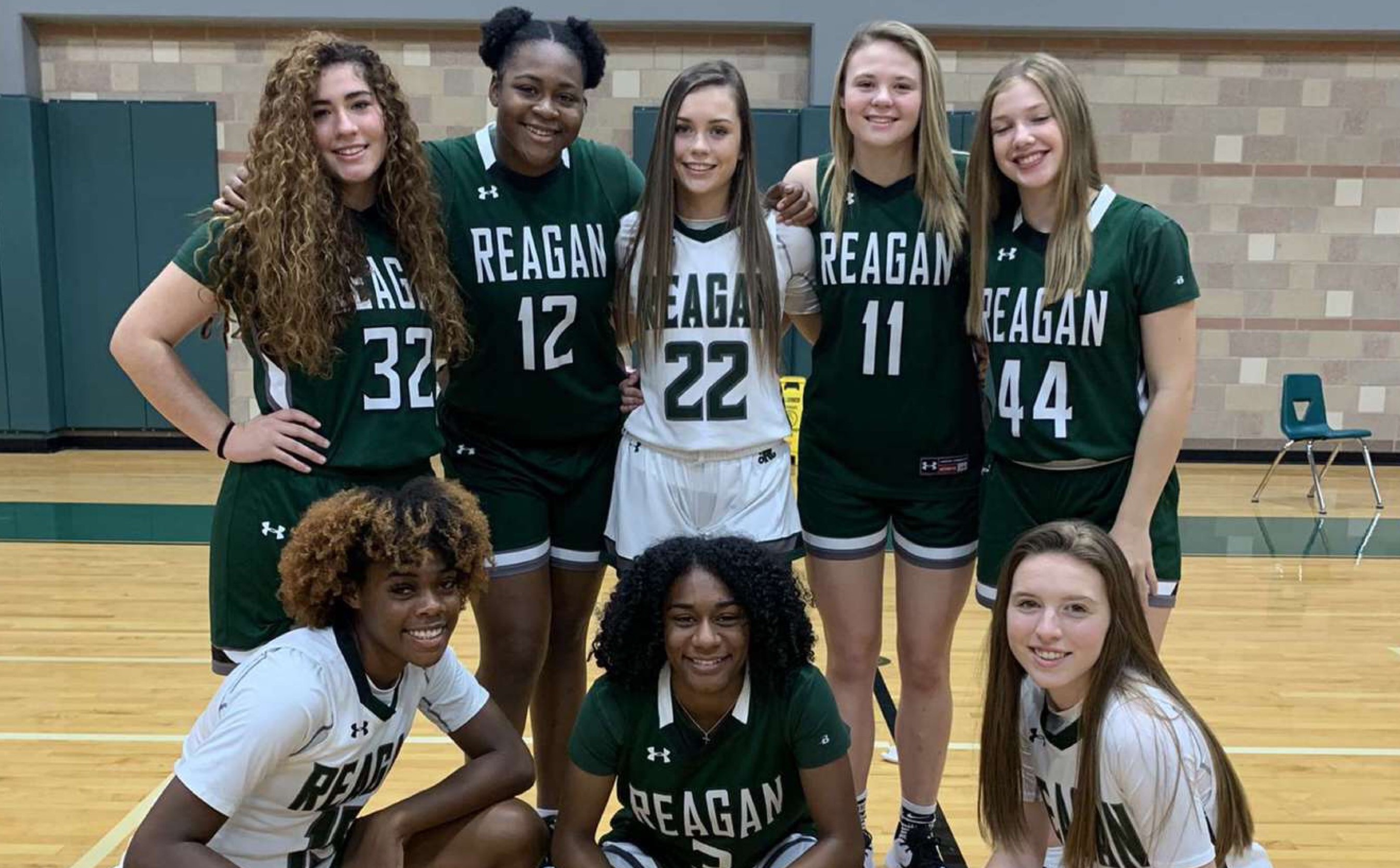 The Lady Rattlers basketball team won another early-season contest easily when Austin Bowie came into the Rattlers Den and were handed a 69-16 loss.  Every eligible player got onto the stat sheet in at least one category, making for a well-rounded attack that set the team up nicely headed into some tough contests over the next few weeks.

Sophomore Samantha Wagner led the team in scoring with 20pts/10reb/6asst/1stl.  Junior Kelsie Hawkins had an impressive line for the game with 11pts/3asst/5stls, and Christeen Iwuala filled up the stat sheet with 10pts/6reb/2asst/5stl/3blks.

Freshman Amara Edozie had a solid game off the bench with 8pts/2reb, and Junior Miranda Noack added 5pts/2reb/2asst/1stl/1blk.

The ladies start a tough series of non-district games on Tuesday, November 17th when they travel to Cibolo Steele to take on the Knights.  Steele is ranked just ahead of Reagan in every major state-wide poll, and the game should be a great one.

Games at home against Schertz Clemens on the 20th at 7:30pm and against Austin Westlake at Westlake on November 23rd at noon round out a tough test that will culminate with Judson at Judson on December 1st at 7:00pm.  The ladies need your energy as they face these great teams to get ready for District play, so come support your Lady Rattlers!