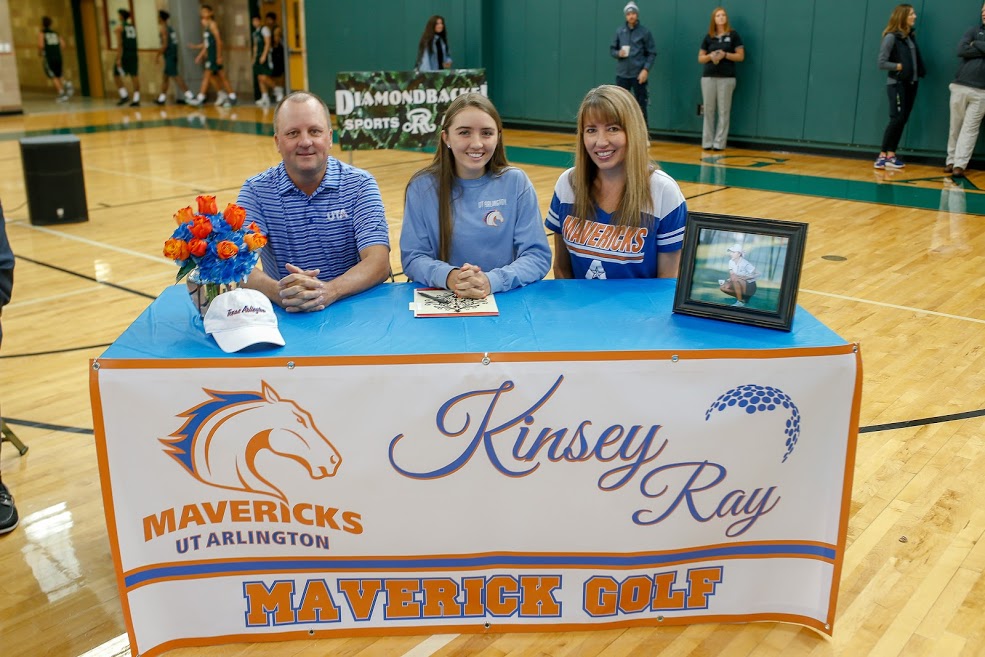 Kinsey Ray has had a very successful career as a Reagan Rattler. Not only did she help lead the team to a district championship in 2018, and state appearances in both 2017 and 2018, but last year she won 1st place indixvidually at the district tournament.

Kinsey has received multiple recognitions for her leadership and integrity. She has been known finish with a string of birdies as the tensions rise coming in to the final stretch of a tournament. If anything, her performance and focus heighten under pressure. Led by her grit and determination, she never stops fighting for her teammates. Kinsey holds a passion for the game that most coaches only dream of. She has been an asset to the Reagan team and a leader since the day she joined her Freshman year. Her college coach and teammates will be extremely lucky to have her!