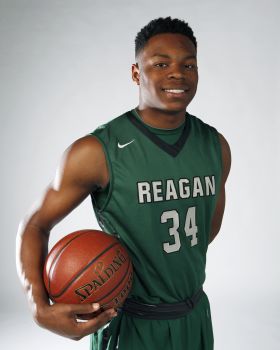 Other players named to the Express-News All-Area basketball team include:

Notable: 19.4 points per game, surpassed 1,000 career points during 2014-15 season … District 27-6A first-team for second straight year … Receiving lots of Division I interest, including an offer from Central Michigan.

Notable: Averaged 19.7 points, 5.5 rebounds, 2.5 assists per game … Signed with Incarnate Word … Led Clark to third round of Class 6A playoffs … Made TABC Class 6A all-state team.

Newcomer of the year

Notable: Averaged 9.2 points, 6.7 rebounds, and 4.2 blocks per game … Knocked down 74.1 percent of his shots for the season, a school record … Named the District 25-6A newcomer of the year … Receiving interest from Big 12 Conference and Southeastern Conference schools.