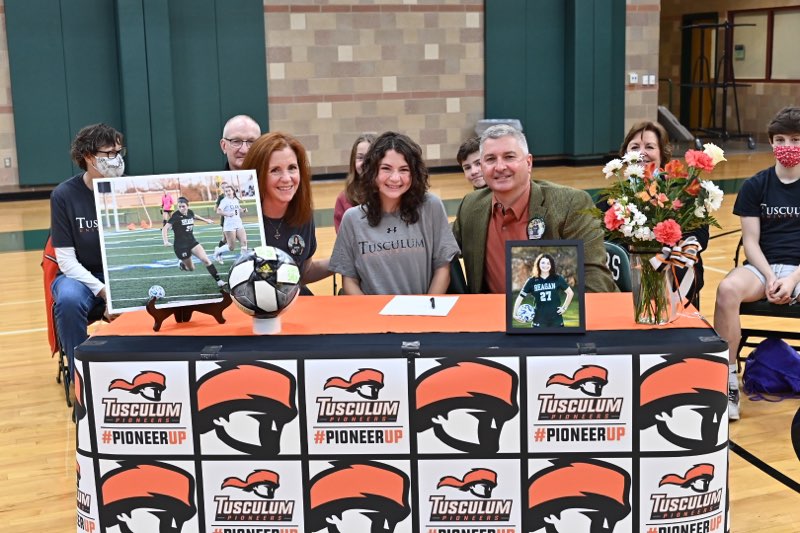 Here’s what Tusculum Head Coach Mike Joy, who is the all-time South Atlantic Conference leader in wins with 276 and in his 24th season with the Pioneers, is saying about Kate: “I had the opportunity to see Kate play … and instantly noticed her pace and she finished a very nice goal.  I could tell she was a versatile player and would fit in well on the outside. … I believe Kate with her pace and athleticism and her versatility as a player will transition nicely into NCAA collegiate soccer, and we have big expectations for her on the field, and are very excited she will be on our team. I was also very impressed with her interest and research into her academic major … We expect she will be an outstanding student athlete and be successful in the classroom as well as on the field.”

You can keep up with Kate next year @TusculumWSOC @TusculumSports.

Congratulations and best wishes to Kate as she pursues her academic and soccer goals and dreams! Go Pioneers! #PioneerUp #WeArePioneers

Photo courtesy of Joe Calomeni at Rattlerpics.com. Thank you, Joe!