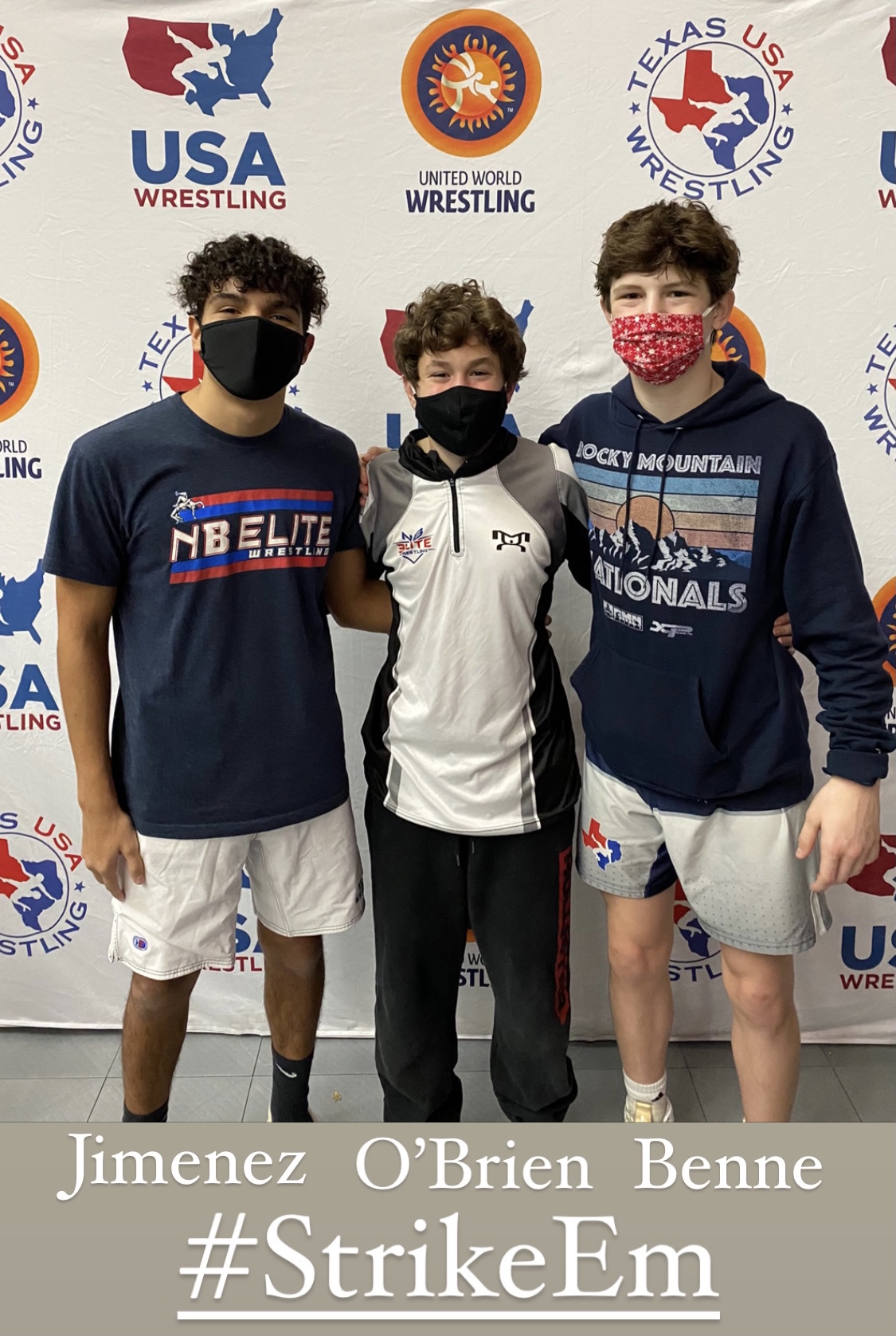 In his first major club tournament in the High School Division 6 at 138#, Jimenez decidedly won his first match 9-2, scoring 3 takedowns (6 points) and 3 nearfall points – 5 in the first period.  He dropped his next 2 matches to very tough competition from El Paso and Oklahoma, going 1-2 for the day and getting valuable mat time.

Also his first major club tournament, O’Brien gained experience and wrestled with heart.  He went 1-4 for the day competing at 113# in both 15U Division 5 and High School Division 6.  His win was a Major Decision (10-0) in the High School Division, where he scored with a takedown (2 points), a reversal (2 points), 5 nearfall points and a penalty point.

Thursday February 11th is the UIL hydration test and the Rattlers open their season March 6th at Johnson High School with a Quad-dual meet versus Lake Travis, Vista Ridge and Johnson.  We will be ready.