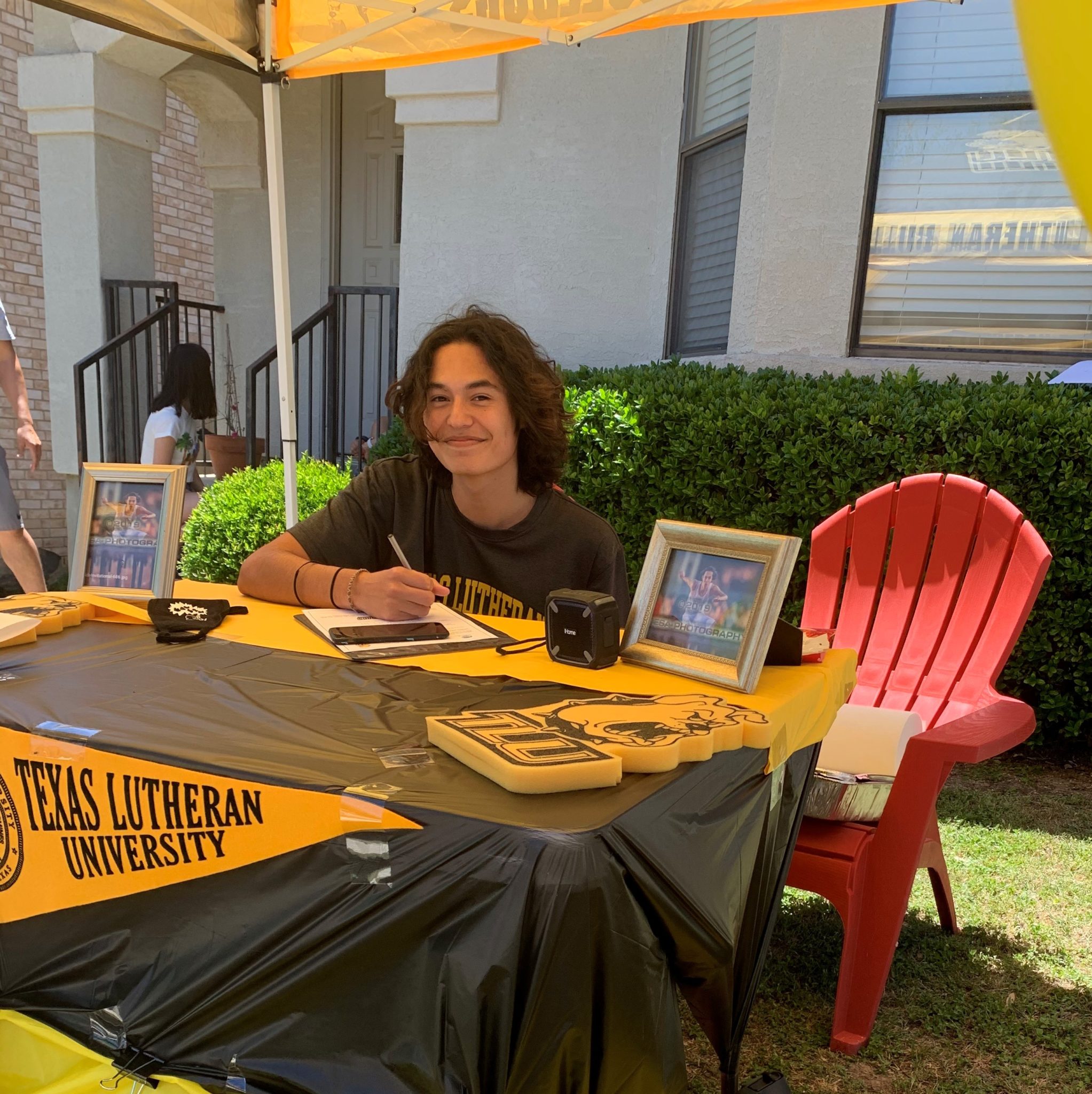 Congratulations to Reagan’s Jason Garcia on committing to Texas Lutheran University to continue his academics and participate in Track & Field. TLU competes at the NCAA Division III level.

Jason has competed in the 110M & 300M hurdles over 3 years as a Rattler, earning his Varsity letter in his Senior year. Although Jason was not able to complete this spring season, he achieved a personal best in the 300M hurdles prior to track season being cancelled.  In the 2019 season, he placed 3rd in 300M hurdles at the JV District Meet.

Head Coach John Baskin reflected, “Jason was the most improved athlete from last season to this one. He made up his mind he was going to be one of our top 3 hurdlers and he worked his tail off to get there. He’s very deserving of this opportunity.”

In addition to Track & Field, Jason also participated in the Reagan DECA Chapter and made it to the Texas DECA State Competition.

We wish Jason continued success in his academics and athletics at TLU!