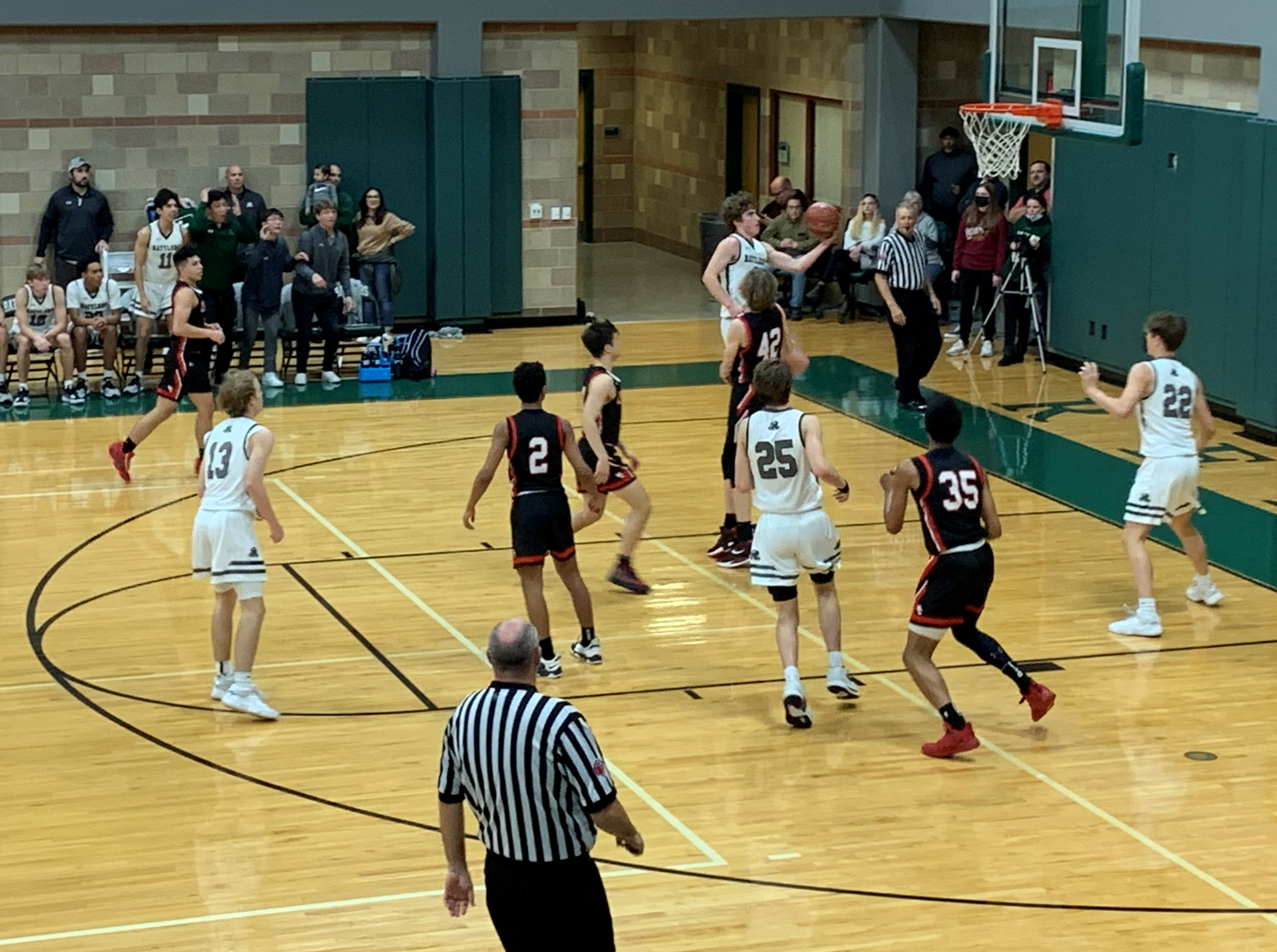 The Rattler Den was abuzz last Friday evening – complete with members of the band and the dance team – as the varsity boys basketball team set their sights on a win over the Churchill Chargers.

Playing in front of a packed house, the Rattlers did not disappoint. They channeled the crowd’s energy and put it into play on the court, taking a 25-18 lead over Churchill by the end of the first quarter. The Chargers battled back in the second to get within 3 points (37-34) at the end of the first half.

Unselfish play and excellent ball movement coupled with hustle and strong defense set the Rattlers up to outscore the Chargers by 18 points in the second half. The buzzer sounded with a final score of 72-58.

Seniors Trey Thompson and Jackson Adams led the team in scoring with 22 and 19 points respectively.

The victory improved the team’s overall record to 21-4 and 7-0 in conference.

Next up in conference play, the Roosevelt Rough Riders. The Rattlers travel to Roosevelt on Friday, January 14 with tip off at 7:30 p.m.