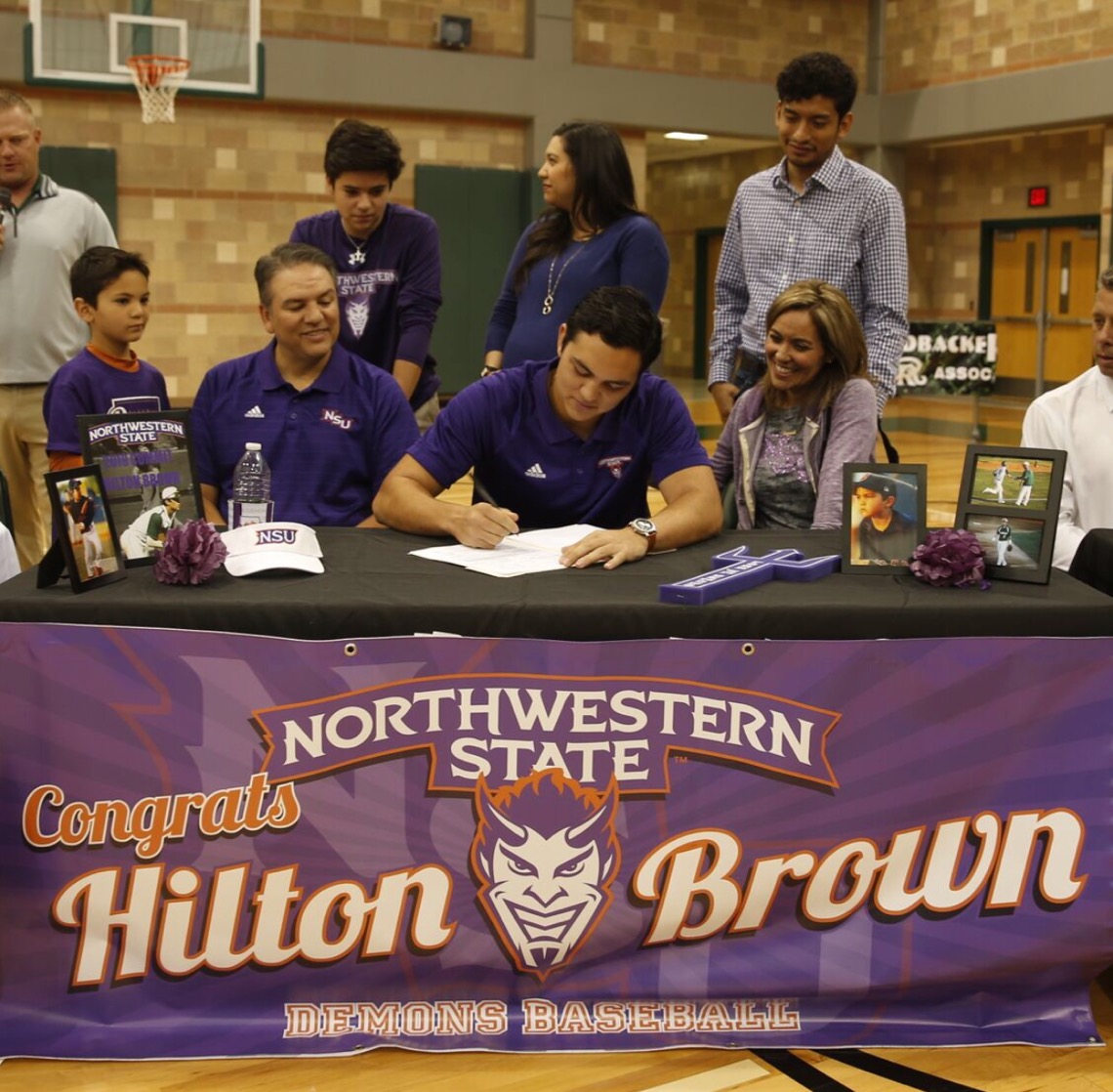 Hilton is a 3 year letterman for Reagan after transferring before the start of his sophomore year and is a 2 year starter at 3rd base.

As a junior he was selected to the 2017 26-6A All-District team at 3rd base. He has a combination of speed and power, leading the district in runs scored, doubles, and ranking 2nd in home runs. Following his junior season, he was selected to play in the San Antonio High School All-Star Game.

As a sophomore, Hilton was selected to represent Team Texas at the Perfect Game Sophomore Series Classic and was selected to the All-Tournament team. After his freshman year, Hilton made the All -Tournament team at the WWBA South National Championship Qualifier and the 15U Super25 Tournament. He has also been selected as a Under Armor Preseason All-American in 2016, 2017, and 2018.

Congratulations to Hilton. We look forward to following his career at Northwestern State and wish him continued success.

Hilton is pictured with his parents Paul and Dina. Also in the picture are Hilton’s brothers Huntington, Hayden, Houston, and his sister Hannah.