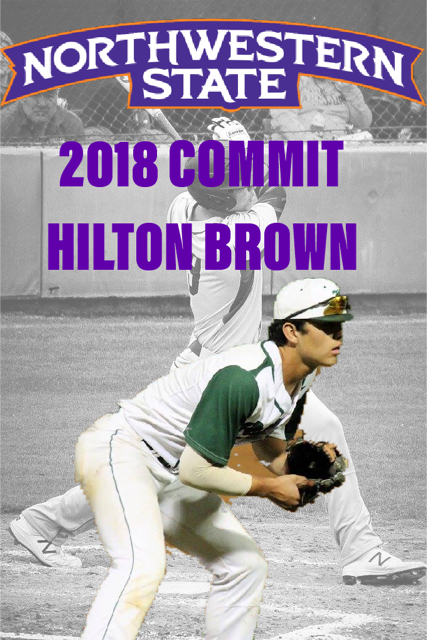 All-District 3rd baseman Hilton Brown became the 5th class of 2018 Rattler to make his verbal commitment on Tuesday afternoon.  Last year, as a junior, Brown batted .296 and scored a district high 37 runs.  He was also among the district leaders in home runs, doubles, and slugging percentage.

The Northwestern State Demons, located in Natchitoches, LA began play at the Division 1 level in 1990 as a member of the Southland Conference.  In that time, they have won 9 conference championships and have made 3 NCAA Tournament appearances.