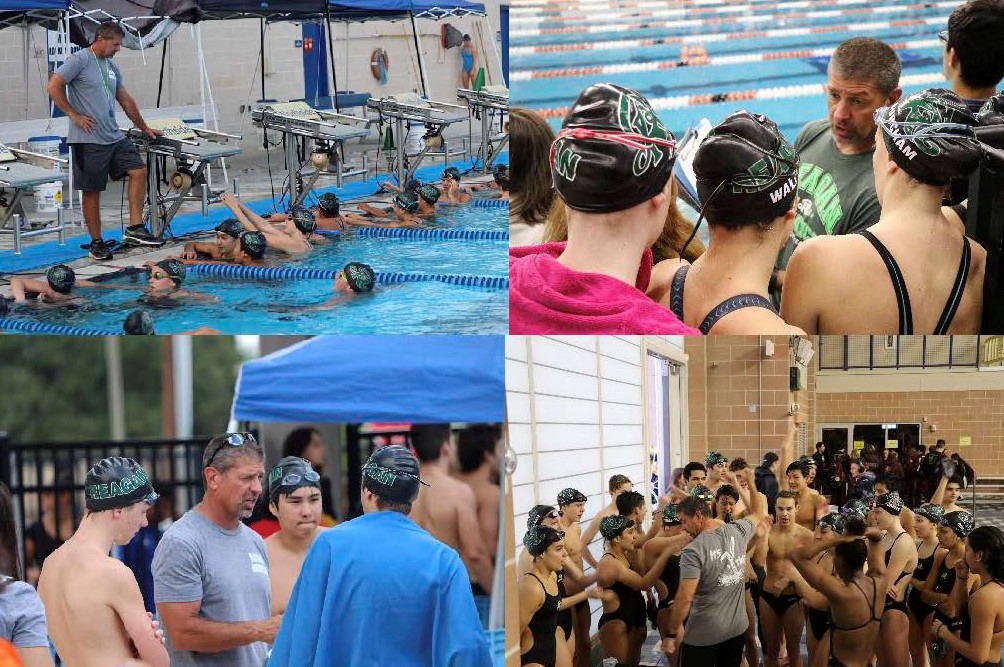 May 17, 2019 – We want to extend a big THANK YOU and best wishes to Reagan High School Aquatics Head Coach Mike Sansavera who will be retiring at the end of this school year.  Coach Sansavera has been Reagan’s Aquatics Team Head Coach for 11 years and he will be greatly missed by his Aquatics athletes and parents.

Sansavera’s coaching stats during his tenure at Reagan High School are numerous and impressive, only some of which are highlighted below.  Most noteworthy, since beginning at Reagan in 2008, Sansavera has:

Coach Sansavera will continue to be involved in swimming and aquatics in San Antonio, and spend his well-earned free time hanging around his backyard pool with his lovely wife, Pam.

Thanks Coach Sansavera for all your great coaching and guidance over the years.  You will be missed!