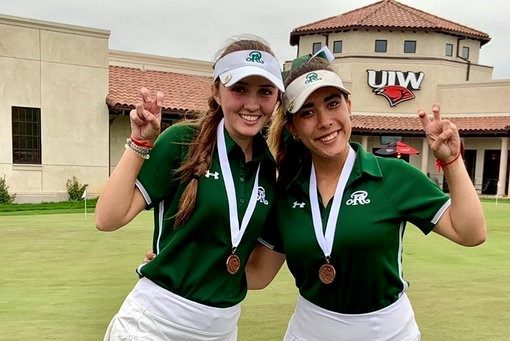 SAN ANTONIO- The District 27-6A Girls Golf Championship was hosted at The Republic. The team captured third place in the 27-6A tournament, just missing out on the chance to advance to the Region IV Championship. However, seniors Michelle Becker and Kinsey Ray will move on as medalist players. The tournament was won by Johnson while Churchill finished in second place. Regionals will be April 22nd and April 23rd at The Republic. Congratulations to the girls on a season of often stellar performances, and special congratulations to these two fine players.