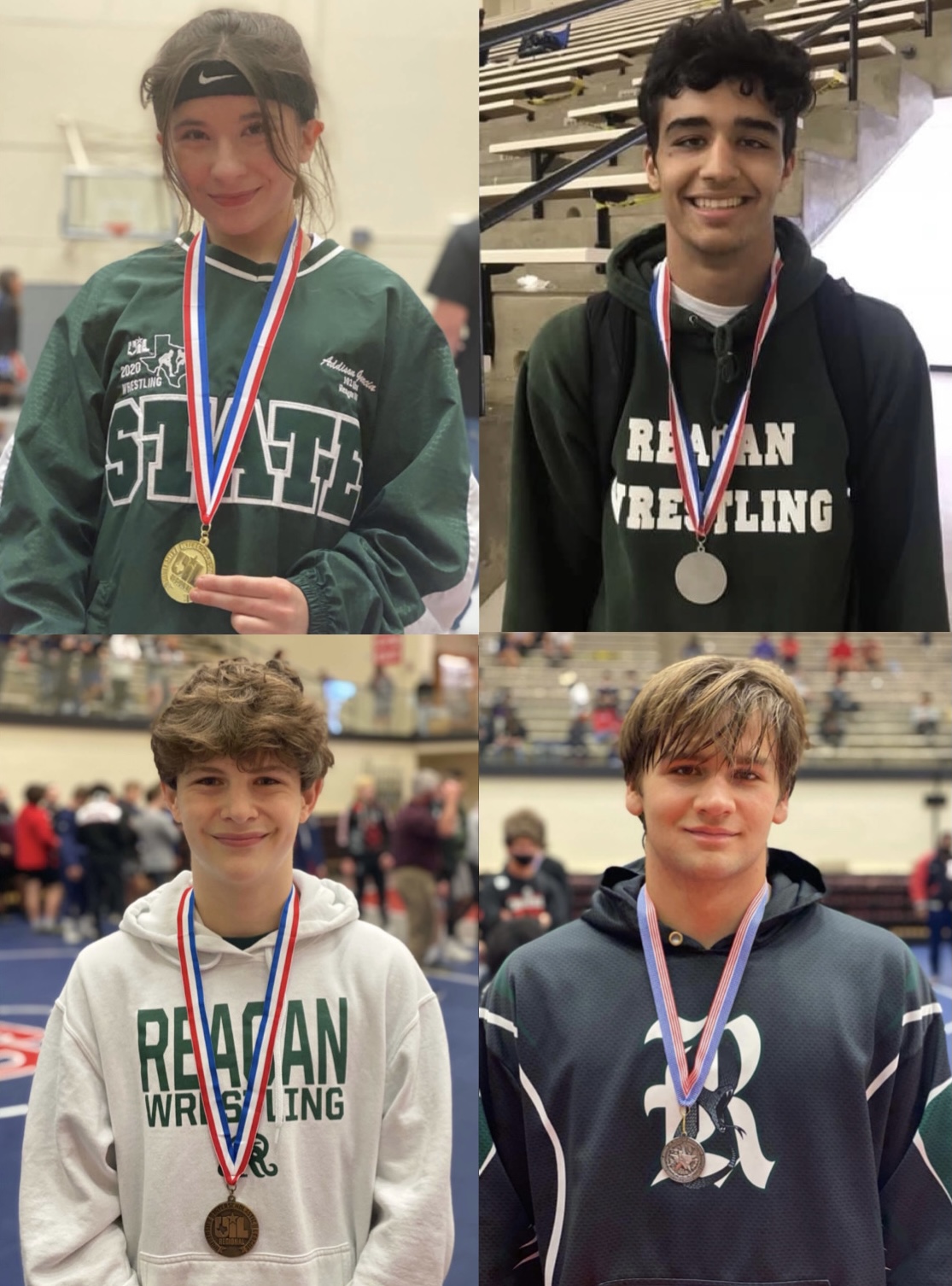 After a delayed and shortened season and a 2 day Region 4-6A Tournament, four Reagan wrestlers have punched their ticket to the State Tournament to be held at the Berry Center in Cypress on Saturday, April 24th.

Senior Addison Garcia (102#) is a 3-peat Region 4-6A Champion, continuing her 2021 undefeated streak and bringing her record to 12-0.  This will be Garcia’s fourth trip to the State Tournament where she brought home bronze last year.  Garcia won her first match by major decision 10-0 to put her in the Finals.  A late take down in the first period had Garcia up 2-0.  She ended the second period up 4-2 after giving up 2 technical violations and getting another take down.  Third period Garcia gave up another technical violation point, then got an escape to win the Finals Match with a 5-3 decision.

Senior Amir Musalli (145#) brought home 2nd place at the Region Tournament and will be making his third trip to the State Tournament.  Musalli pinned his way into the Semifinal Match where he was up 13-2 before winning by injury default.  Musalli dropped the Finals Match by major decision 4-14, fighting hard all three periods.

Sophomore Jimmy Benne (132#) placed 3rd at Region and will be making his first trip to the State Tournament.  After dropping his first match, Benne did what he had to do and pinned his next three opponents to come home with the bronze medal.

Sophomore Sawyer Peevy (220#) placed 4th at Region and will be making his first trip to the State Tournament as an Alternate.  Peevy had an amazing tournament, winning his first match with a first period pin, and his second match by 2-0 decision with the only points coming late in the 3rd period with a reversal.  He lost his next match 2-5 decision, and came back with a nail-biting 3-2 win, scoring an escape point with 40 seconds left.  Peevy dropped the 3rd place match 4-5 decision, barely running out of time.

We are proud of our team and every wrestler who has the courage to prepare and step out on the mat to battle.  The future of Reagan Wrestling is looking good … but first, STATE!