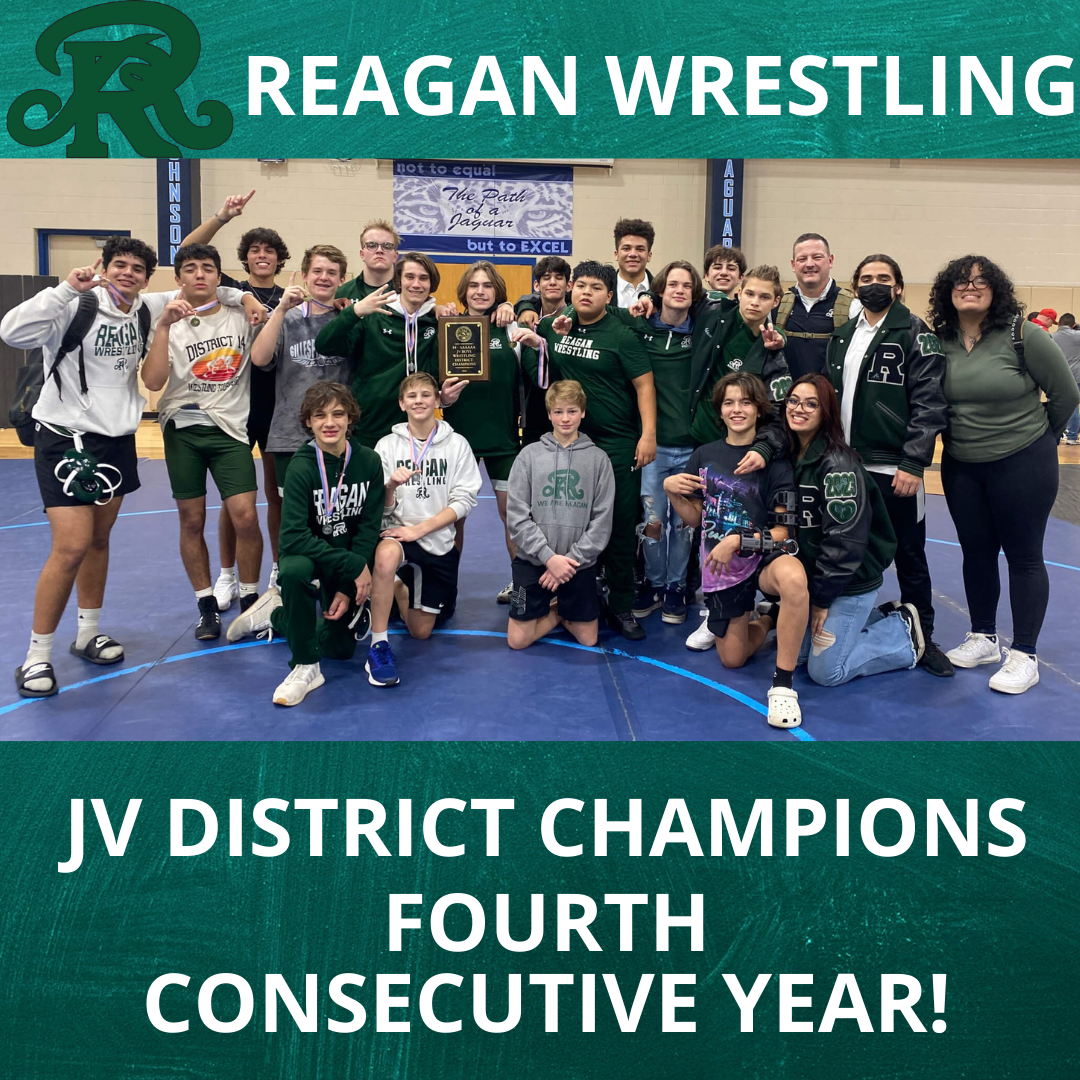 JV Rattler Wrestlers got it done last Friday at the District meet – taking first place for the FOURTH year in a row, earning a total of 195 team points, a commanding 58.5 points in front of the second place team.

“We have been blessed with a group of kids that come to work, learn and get better every day,” Coach Miller said.  “I also give a ton of credit to our Varsity wrestlers that have taken these guys under their wing and helped them along the way…the fact that we have won four JV District Titles in a row; these same Varsity wrestlers were in their shoes not too long ago.”

Captain Jimmy Benne agrees, “Our JV is always so tough because they drill hard with Varsity all year long.”

Way to go Rattlers!  The future is bright for Reagan Wrestling…