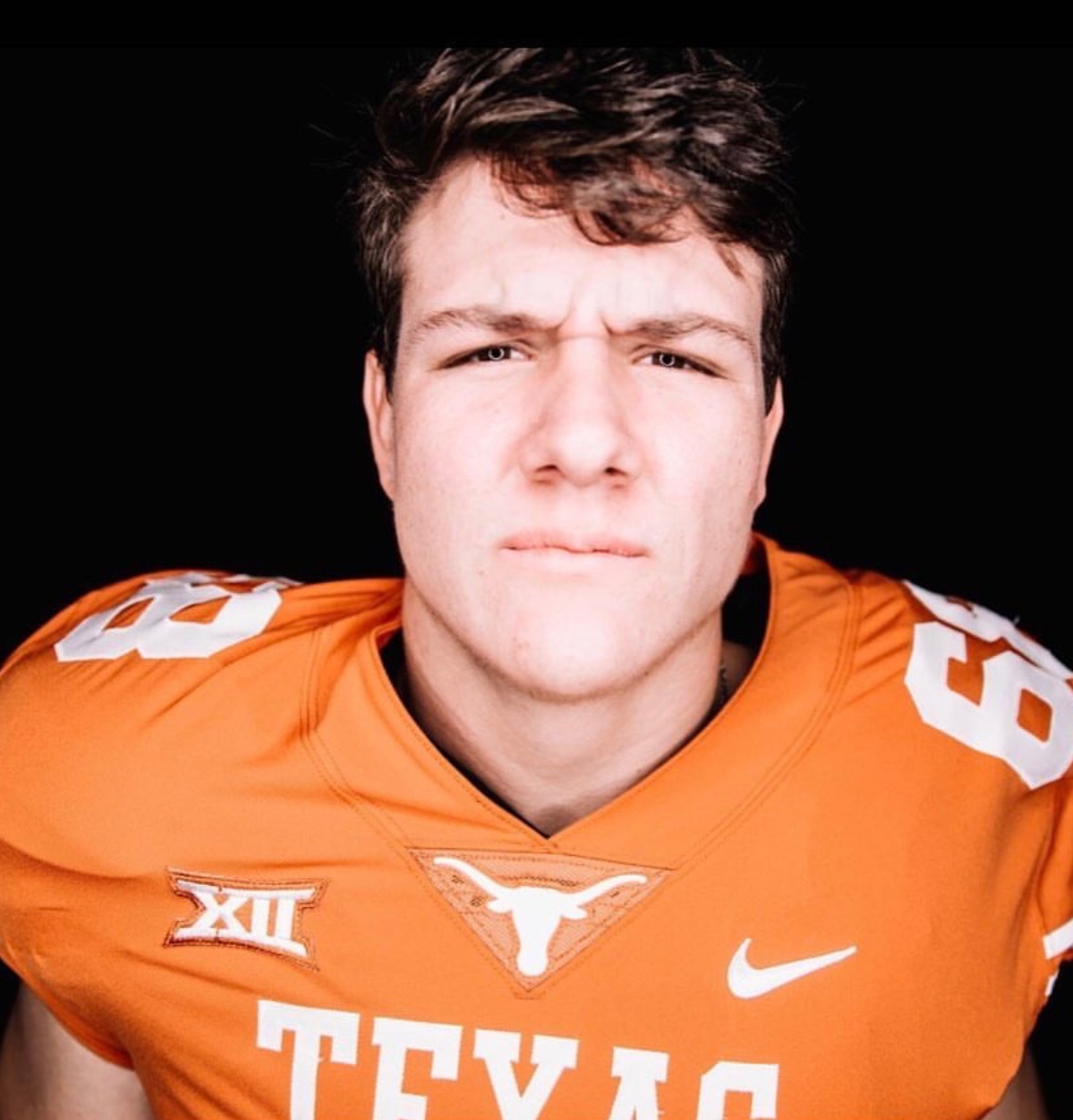 AUSTIN – A surprising scene unfolded last Thursday as Texas’ first-team offense began warming up for its conference opener against Iowa State.
With All-American Connor Williams (knee) out, some shuffling along the line had occurred. Senior Tristan Nickelson was now at left tackle. No shock there.
Sophomore Denzel Okafor, who closed out the USC game as UT’s right tackle, was expected to make career start No. 1 in that same spot. But No. 78 wasn’t taking starter snaps. Instead, it was No. 68.
A few minutes later the unexpected became reality: true freshman and former Reagan standout Derek Kerstetter was now UT’s starting right tackle. He had never played a single college snap before that night in Ames.
“Derek actually played really well as a true freshman and first time on the road at a Big 12 conference game,” offensive coordinator Tim Beck said. “I was really pleased with what he did. I think he has really great potential and will be a really great player.”
The 6-foot-6, 285-pound Kerstetter’s first piece of college action was a mixed bag. Understandably so, given the circumstances.

He was flagged for two holding penalties and a false start. The rookie also manhandled a few pass rushers and, as instructed by junior left guard Patrick Vahe, temporarily incapacitated them by lounging right on top of whomever he took to the ground.
Vahe intimately understood the difficulties of Kerstetter’s situation. The Trinity graduate started 10 games as a true freshman. Perhaps that’s why he made such a compelling adviser.
“I told him, ‘I was in your same spot,'” Vahe said. “I know the feeling, very nervous, but the thing you’re going to do is let loose, have fun. Because whenever you do your job and you do it correct and you put a guy on his back, it’s like the best feeling in the world for an offensive lineman.
“And he did a lot of that, came out with nine knockdowns. I told him, ‘I’m proud of you for doing that. Keep doing what you’re doing and keep improving as a player.'”
Kerstetter was on the road to a redshirt season before a confluence of injuries (to Elijah Rodriguez, Patrick Hudson and Williams) opened the door. Then he busted it down in practice, overtaking Okafor in the days leading up to UT’s Big 12 opener.
“I’ve seen him do it from Day 1 of training camp,” center Zach Shackelford said. “I knew Derek back in middle school and I’ve always known him as a really hard worker. He just loves football and he’s aggressive, so that’s why he got the start.”
No one expected Kerstetter to learn all the subtleties and peculiarities of the position overnight. Until last week, he didn’t even have a true role. Now he’s the starting right tackle on a team with bowl aspirations.
“There’s probably going to be stuff in this game that he’s never seen before or never had to deal with and that’s part of the learning curve that we have to go through,” Beck said. “I’m really pleased with the toughness he’s developing. You just can’t teach them all in one day. They have to learn and make mistakes a couple of times. You just hope that you can coach them enough that they fall back on the rules. They have to be able to do that during a game.”
Williams might not return this season. Same goes for Rodriguez. Hudson certainly won’t. And there was no “OR” beside Kerstetter’s name on UT’s most recent depth chart.
The position of right tackle will in all likelihood belong to the teenager from San Antonio for as long as he can hold it. Given the praise he’s already received, that could be a long time.
“I’m proud of Kerstetter stepping in the way he did,” Vahe said. “He played a very solid game. I told him after the game, ‘There’s just another stepping stone for your career.'”
nmoyle@express-news.net
Twitter: @NRmoyle