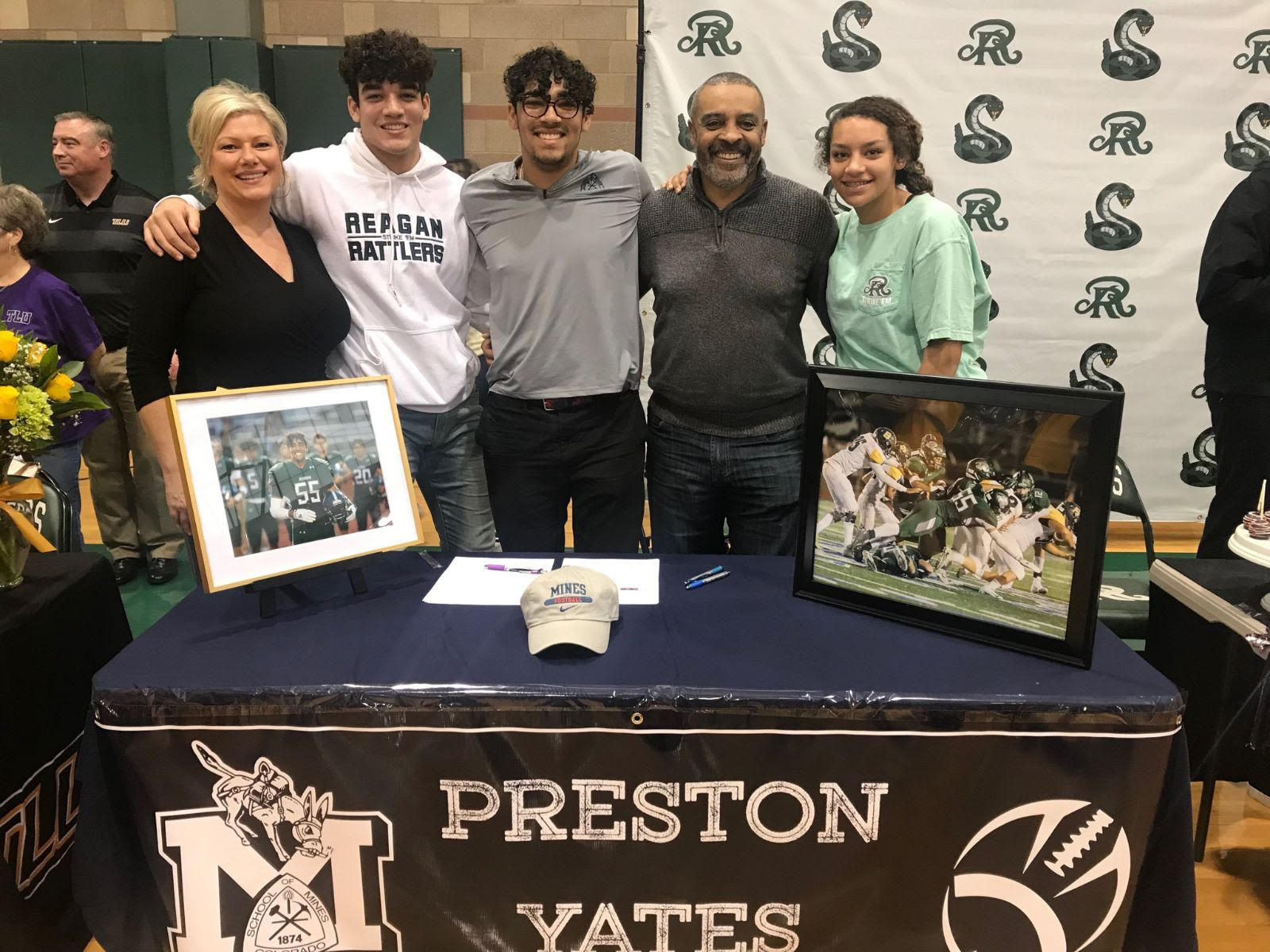 February 6, 2019 – Preston Yates signed his National Letter of Intent today to attend Colorado School of Mines, where he will play Football and study Chemical Engineering.  The Colorado School of Mines is a Division II program located in Golden, Colorado. The school is ranked by US News and World Report as #43 for Best Undergraduate Engineering Programs in the country.

Yates played Football on both Reagan’s Offensive and Defensive Lines for 4 years, earning his Varsity letters these past two years. In 2018, he was named All District First Team and Academic All State Second Team. He was also named Player of the Week in this year’s games against Johnson, Churchill, and MacArthur. Preston was also selected to play in the San Antonio Sports All-Star Football Game. Players from across San Antonio were nominated by their coaches and selected by an All-Star Selection Committee.

Yates also has an incredible voice and has participated in the Reagan Choir program, receiving All State Choir in 2017.  He shared this talent with the Reagan community when he sang the National Anthem prior to the Reagan vs Johnson Varsity Football game this past September.

Thank you Preston for your contributions to Reagan and best wishes for continued success at the Colorado School of Mines!