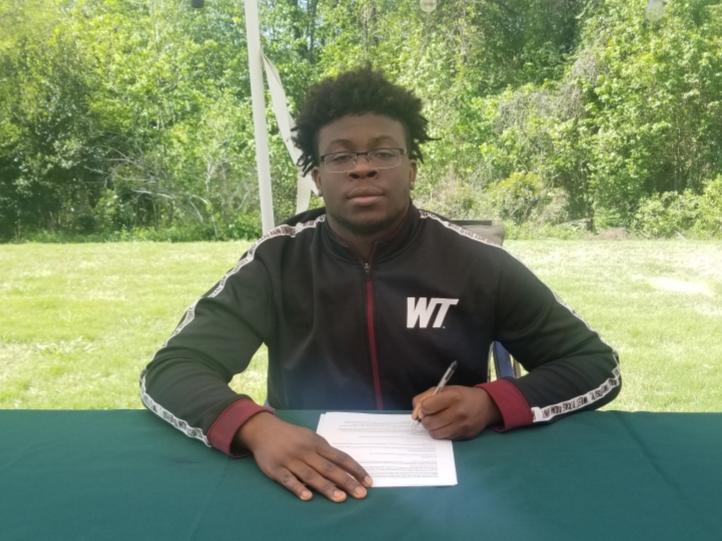 West Texas A&M Defensive Coordinator, Joe Morris said; “I think Dwayne is a very talented player with a huge upside. You can tell he has been trained by some great coaches and I look forward to working with him in the Fall.”

Dwayne played Reagan Football earning his varsity letters in 2018 and 2019. This past season, Dwayne was a team captain, and earned Defensive Line Player of the Year and 27-6A All District Honorable Mention. Dwayne also wrestled for the Reagan Wrestling program his Junior year. Murray transferred to Reagan after his sophomore year from Annapolis Area Christian School in Severn, Maryland.

In addition to HS sports, Dwayne was inducted into the National Society of High School Scholars (NSHSS), played with the Reagan Lacrosse Club, is a member of Jack & Jill of America, and participates with the HS student ministry at Community Bible Church.

We wish Dwayne the best of success as a Buffalo next year!