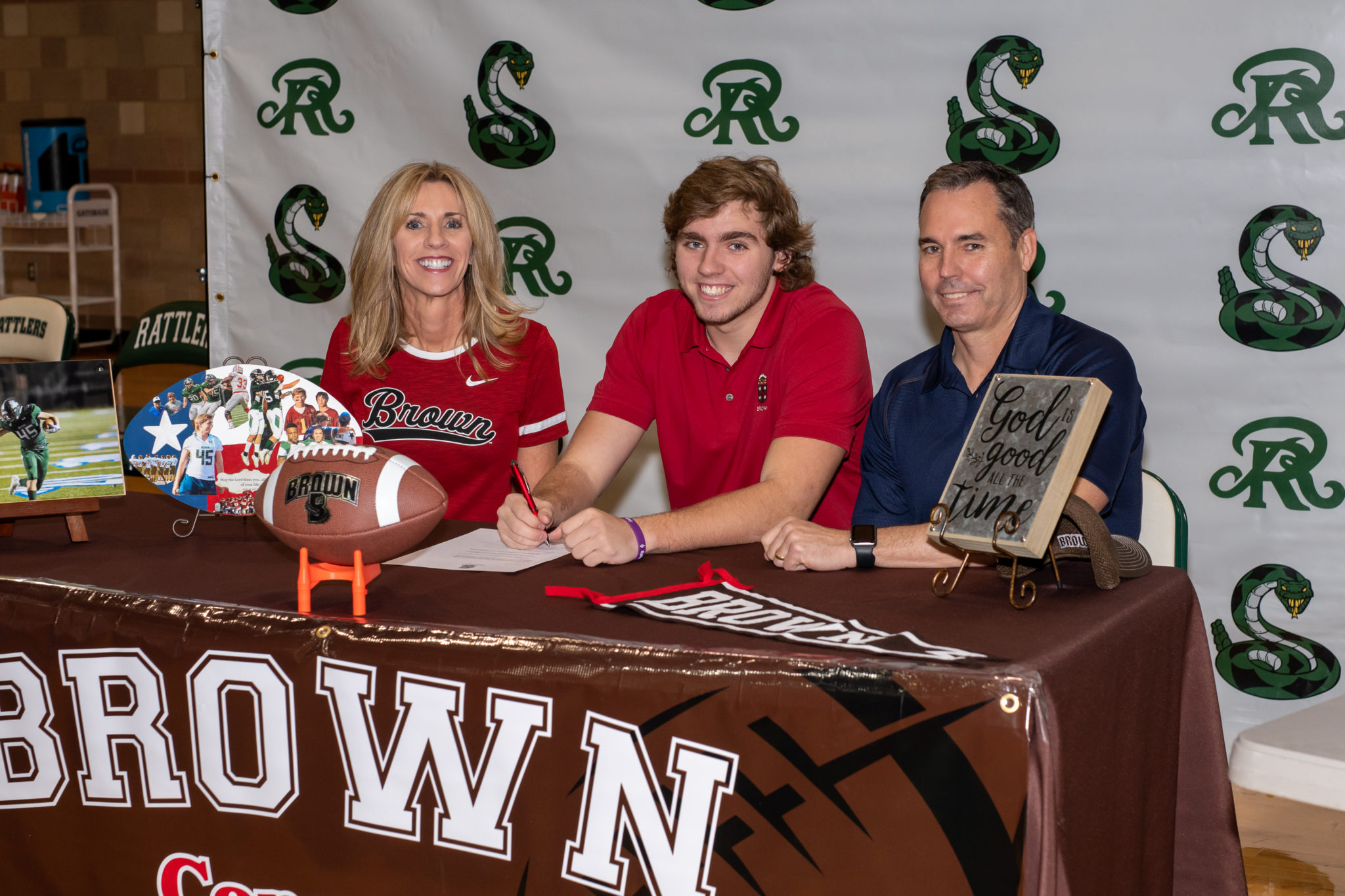 Michael Davidson signed his letter of commitment today to attend the prestigious Brown University in Providence Rhode Island.  Michael will study Business and play Football for the Division I Bears.

Davidson is a 3 year Varsity letterman for Reagan Football. He played Wide Receiver, Long Snapper, and Tight End, for the Rattlers. This past season, Michael served as a senior leader and Captain for the team.  Michael was also recognized for his contributions as 2019 First Team Academic All State and 2019 All District 27-6A Honorable Mention.  He received All District Honorable Mention in 2018 as well.

During his high school years, Michael was also active in Basketball, Track, and Model United Nations.  He also coached middle school athletes for two seasons of 7-on-7 Football.